Hi! I thought about a functionality that would make founding blocks easier.
Those are basically pins that can be placed anywhere, which are associated with a word or short phrase.
So when you type something in a search bar, if there’s a similar result, the pin associated with that result gets highlighted (and the “camera” moves there).
Pins could be placed on the workspace (static), or associated with a block (so if I start adding blocks above, the pin will also move down with the associated block).
If something isn’t clear enough, I’ll try to explain myself better.

I made an image editing as an example: 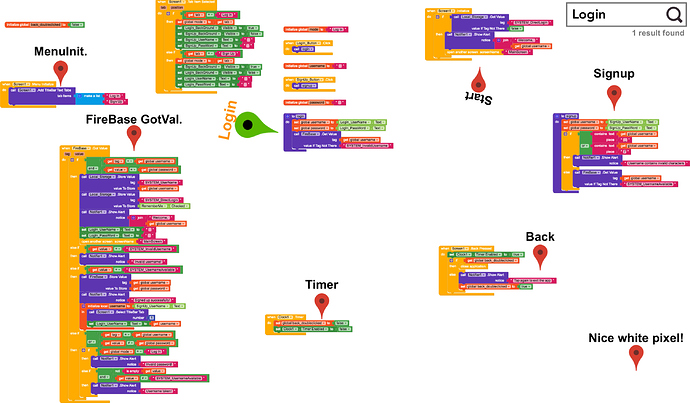 I didn’t even know that I implemented that feature.