Can we create dynamic banner ads with the help of this extension?

Looks like App Inventor doesn’t have a banner ad component so no. However this request sounds like not good. Dynamic banner ads can help people about developing (more) earning apps and I don’t want to let it happen.

You beat me to my own game

Facebook or even more popular apps show ads dynamically, would you call it an earning app ?

Why do you guys think all the time that only earning apps can be made in kodular?

The thing which has its advantage also has its disadvantage.

Why would you put more than one banner ad in a screen anyways?

Facebook or even more popular apps show ads dynamically, would you call it an earning app ?

I didn’t say Dynamic Ad Banners means Earning App. This is only applies to App Inventor. Because most people who started using App Inventor just creates an Earning app as first app.

Why do you guys think all the time that only earning apps can be made in kodular?

Do kodular, google or Admob or other ad networks approve the earning app?

If they checked EVERY application, why would people (including me) trying to reduce earning apps then?

Google doesn’t check every app on Google Play, because they can’t check a lot of applications. So it is in our hands to help them.

Please don’t let this thread being hijacked by another ad-junkie!
Btw great extension! 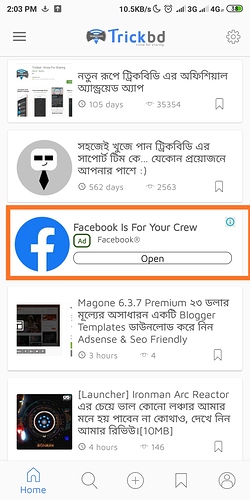 Great Extension - One of the best extension.

But I support @AvTaar
Forget about Earning Apps
If any developer want to make app like facebook, banner ads on top or bottom of screen can be irritating for users, it will be nice if there will be dynamic ads when scrolling content.
But think it is against google policies to use banner ads dynamically
You can use ADMOB NATIVE ADS for that but you can not use it currently on Kodular.

why not return a component with Create block? then we can save it to a variable direcectly. in that case there’s no necessary to use Id property.

why not return a component with Create block? then we can save it to a variable direcectly

I actually did that for my previous extension but looks like some people confused a bit, so I added an ID so you won’t need to save in a variable and it is much understandable. You can use GetComponent block after creating component and get the component’s itself you can save it to a variable as you want.

Well, you can add WebViewers dynamically and so you can insert an ad banner to it.

That was admob banner ad.how can I use that with webview.by the way can we can create dynamically webview with this extention

I have been waiting for something like this. My app as forms of checkboxes the user needs to fill out and adding them was always a pain. Now I should be able to dynamically generate my forms just based on the list of questions and make everything so much easier. Thanks a bunch!

@yusufcihan Hey, just a stupid question… How can I create two or more same components in a “for”? Because give me an ‘error’ “same id”.

Sorry for my english… and thanks again!

Because give me an ‘error’ “same id”.

what about using a new id for each new component?
Taifun

but how do you do it if it’s in the same for? An example of my blocks 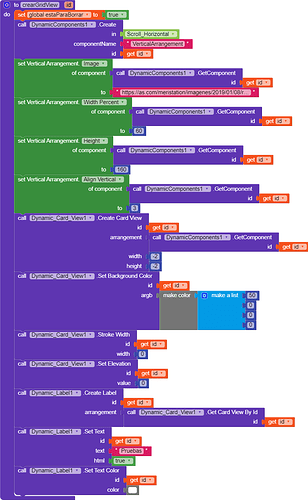 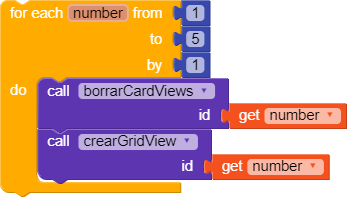