I have just created a simple app with no blocks in it to test the components of the platform.
Added only a textbox and a FAB. When clicking on the textbox and keyboard pops up FAB stays hidden behind the keyboard!!
(edit 1: I have tested this only in companion not in production)

FAB should float upwards above the keyboard

none everything was done on the designer

Sadly it was, that is why I created this topic …

When the keyboard opens the FAB disappears so as not to disturb the typing, when the keyboard is closed, the FAB appears again, it is not a bug, it is a behavior to avoid problems with typing.

But I understand what you mean, you expected different behavior right? that the FAB would take off to the top of the keyboard, so it would not have to disappear, I also think it would be better.

You guys can move the FAB to any position to any time you want.
Just change the margin option.

@Soft_Darsh yes exactly I expected a different behaviour instead of disappearing…

However how can we know the proper margin to show FAB above the keyboard?
There are devices that have adjustable keyboard height (though keyboard settings) and differences might exist when building apps that play both in phones and tablets…

However how can we know the proper margin to show FAB above the keyboard?

And here you have now the answer why I did not have added this to our component.
Because we can never know the size of the keyboard as you wrote.

OK I understand …
I have been using other distributors that have this behaviour that I expected and I thought that it would not be that hard to implement it to this platform as well. 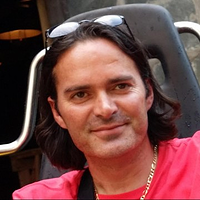 Hide some labels when keyboard visible

The only way I’ve found doing it is with arrangement and timer KeyboardTrueFalse.aia (40.7 KB) /Boban

This is an interesting approach to get the margin…

However in case there are several textboxes an extensive use of when Textbox got/lost focus blocks would be necessary to complete the task.

Anyway, thanks for the suggestion, I will keep in mind in case I opt to move the FAB around instead of using the currently implemented functionality…

if keyboard is visible

We have this on screen 1 properties

Yes I know, that is what I am saying that having this block will certainly help