Impossible to import a big project

I always back up my projects in case something gets messy or corrupted.
But when I try to restore/upload one of these files i get this message:

This has happend in past, and started when the project became too big (10k+ blocks in one screen) but after a few attempts i was able to upload my .aia
Now it is simply impossible and i’ve been trying for a whole day without success.

The .aia file is 4.60 MB
Only 1.1mb of assets and the rest are blocks and extensions.

I don’t’ have any issues with other projects but this one. If I delete the screen containing 10k+ blocks then it gets imported successfully so i think this big screen is the issue

The screen was originally 20k blocks but i reduced them by creating my own extensions reducing to just 11k and i don’t think i can do better in saving blocks.

Here’s a screenshot of the project stats with unchive: 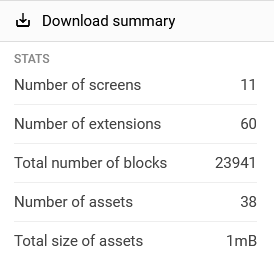 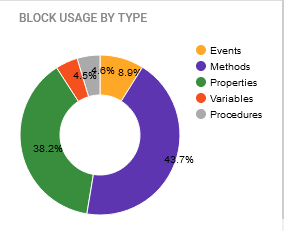 Is there any way i can solve this? or something can be done by kodular.

Did you use the file component in that screen as you may know that it breaks your project? 60 extensions in one project is a new record!
You may also know that Extensions from the developer deep host are extremely Buggy. So if you use some of them better use others.
Tip: never repeat yourself. 24k blocks seem far too much. Also 11 screens. No wonder that you get in trouble with your project.

Ps: I would wait with major changes and coding at all since this extremly Buggy 1.55 has been fixed.( I am sure this will be done within the next 6 - 7 months /: )

Yeah the project is very big, not precisely for bad practices it just got too big.
At the beginin i made everything in 1 screen. But it was too laggy while working on it, then started to divide it in different screens. I’ve never had issues only when one screen reached 10k+ blocks, but still was able to import the project. Now it is impossible.

And most of the extensions are written by me. This is a more than 2 years old project that has gone too far. Maybe i reached out the platform limit