Because with latest release 1.5.4 added in blocks editor dropdown blocks

But it’s still a string, unlike with AI2: 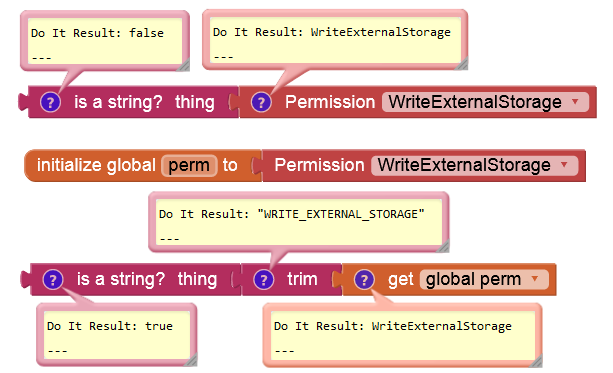 But it’s still a string, unlike with AI2

I think it’s a Big, because I have a permission problem

I tried with 3 ways 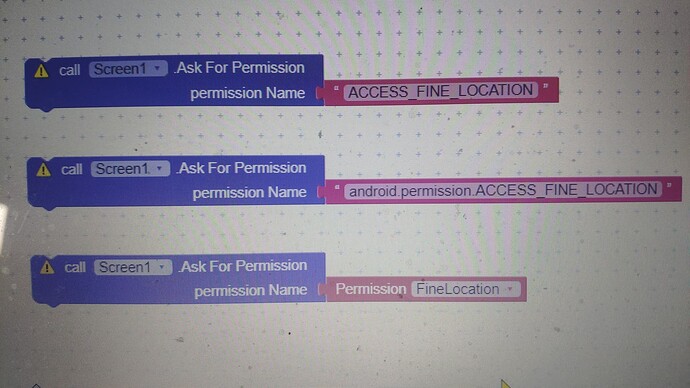 More likely an i18n issue, but I’m investigating it.

Which components have you used in your project that requires GPS? That would help a lot

This change makes use of the new helper blocks to provide robust access to diffe…rent parts of the Android file system under the latest constraints imposed by Google. Due to the complexity of this change, it is broken into some smaller commits to make it easier to review. Each change in brief: 1. Revert closure-library change (also part of #2511)- Not strictly needed in this change and should be rebased out once the other PR is merged 2. Fix helper blocks not working in emulator- For backwards compatibility, the helper blocks send a macro to the companion that is used to protect against accessing the undefined classes on older companion versions. However, this macro was only sent in the Wifi codepath and not the emulator/USB code path, which prevented the logic from working in the emulator 3. Fix helper codegen for non-hygenic macros- The helper blocks use Kawa's colon notation to reference the static enum fields. However, Kawa's reader seems to process this differently from within a non-hygenic macro (e.g., foreach). Therefore, helper blocks work fine outside of certain block constructs but cause read errors within others. This change switches to using the more verbose `(static-field class field)` lookup, which behaves consistently when used within a macro. 4. Refactor project settings to use a builder pattern- This makes it more convenient to add/manage project settings. It also allows for the fact that settings could be semantically the same even if the serialized content ends up in a different line order. 5. Refactor Synchronizer out of MediaUtil- This is a stepping stone for the following change... 6. Implement limited continuations for the blocks language- This change adds support for allowing components to take a continuation parameter for continuation passing style. Because we do not implement CPS in the code generator, component functions at this time MUST block the UI thread and invoke the continuation on the UI thread once complete. This restriction can be relaxed once full CPS is implemented. This is used by the new method blocks in the File component introduced in... 7. Implement scoped storage in accordance with SDK 30 requirements- Adds a new FileScope helper block for specifying what scope a file should be put in. The default is App specific storage (available on Froyo and up). THIS IS A BREAKING CHANGE. Existing apps that need access to files outside of the app-specific storage should switch to using the Legacy scope, which provides the old behavior. Existing curriculum and tutorials should not be affected by this change if followed from beginning to end within a fresh project. 8. Update to SDK 30- Updates the android.jar and various other flags/constants so that compiled apps target SDK 30. TODOs: - [ ] More testing of the shared storage scope - [ ] Add documentation for the File component to discuss the different scopes and how they work - [ ] Create some example apps showing off the new File functionality - [ ] iOS support for the new properties and methods

We inherited this bug from MIT AI. The fix for which is already on the upcoming major update.

More likely an i18n issue, but I’m investigating it

But it’s still a string, unlike with AI2

Correction. The isString? method seems to return an incorrect result, because it is not possible to connect the permission block to trim:

So until this bug is fixed, ask for permissions like this (before):

It’s going to be fixed with the major update. We’re very sorry for that!

It’s going to be fixed with the major update.

Fine, and please take a look at the bugs with the File component, which I mentioned many times.

Same, it’s going to be fixed with the major update. It uses the enum blocks to bring the concept of various File Scopes as seen on AI.

Do you have test AIAs handy?

Do you have test AIAs handy? 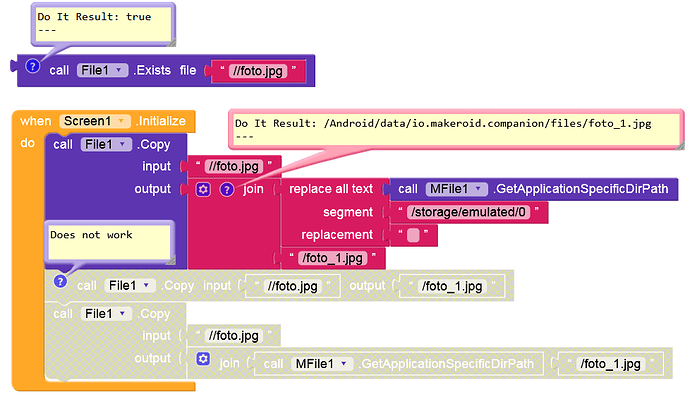 It uses the enum blocks to bring the concept of various File Scopes as seen on AI.

Hopefully not with the same bugs as AI2.

concept of various File Scopes as seen on AI

… and please do not introduce the DefaultFileScope like AI2 did. 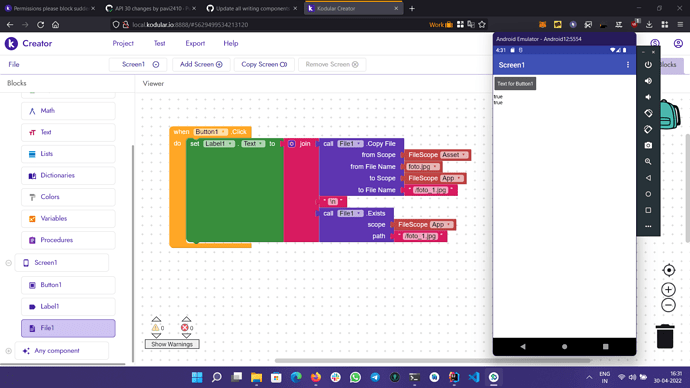 This is actually on the roadmap. Why is it bad?

Why is it bad?

Here is just a small selection of links / my posts I’ve made on the AI2 forums.
(I have pointed out these bugs / issues countless times):

How do you check if a file exists?

Yes, but There are some methods that the File component does not offer. The use of your extension is familiar to most users, which is definitely not the case with the new File component. On top of that there is one more setting in the... 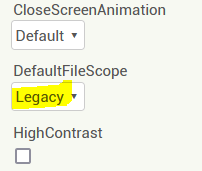 Testing the next release of MIT App Inventor (nb187) 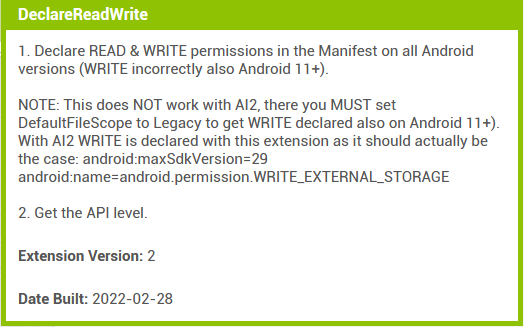 UPDATE (Feb 28, 2022): To get rid of the annoying problem / bug "Error 908: The permission WRITE_EXTERNAL_STORAGE has been denied. Please ..." you MUST set DefaultFileScope = Legacy (Designer). Here is versions of an extension, with which both... 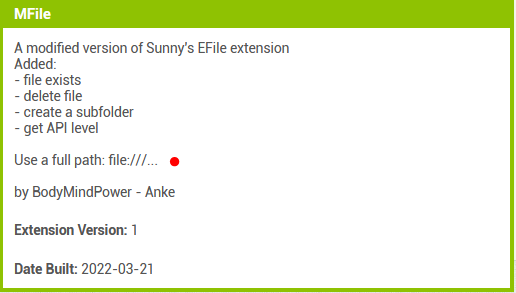 Here is a modified version of Sunny's EFile extension, which added some methods that are needed (among others things) for testing purposes with Companion & AKP. Because if you try to save in one of the Shared folders (/Documents or /Download)...

… and last but not least this one: