Thank you very much, I’m doing the tests in the blocks, and I’m already talking about the purpose of not using the camera component.

hi, why you don’t use the camera component available in kodular? 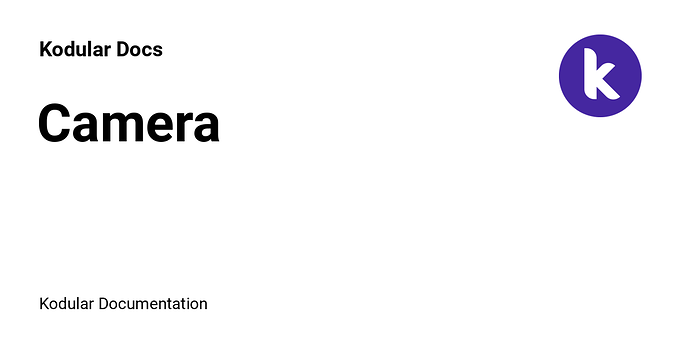 This component is here: 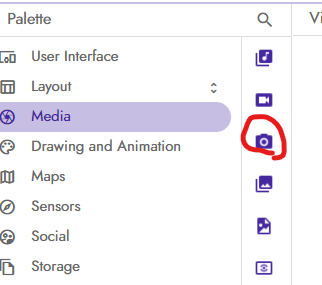 Is there a specific reason that you want to use activity starter instead of camera component?

@Didyme_Apps I asked the same question 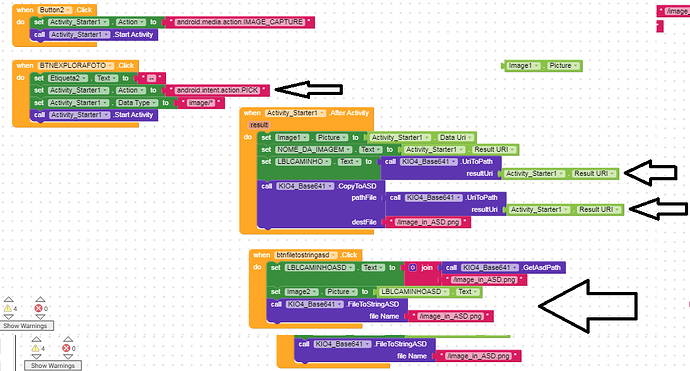 image1093×589 64 KB
I need when the user clicks the take photo button, take this image and record it in the ASD path, after recording it in the asd path, I have to record this photo taken by the user in a mysql database. what happens, in previous versions of android 10, I can do this using the camera component of kodular, but in later versions, the photo sent to the database is recording with low byte.
second that I was researched and guided, I need to first save the image in the new asd path, to go up to the database and save correctly. “only on android 11”
Didyme_Apps (Didyme Apps) 6 September 2021 16:07 #28

@Didyme_Apps I asked the same question 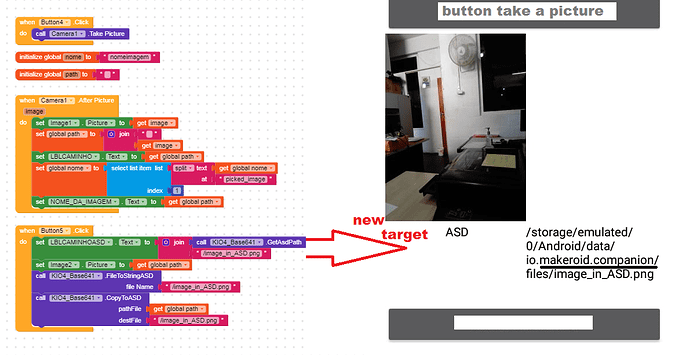 Hello, I would like to thank the friends who volunteered to help me, thank you very much,
The idea is for the user to click on the take picture button, and this image will automatically go to the asd path, then go up in mysql.

follow the blocks, now I’m going to do the tests to upload this image in blob format in my mysql.