Builder viewer is scolling up at each change

I’m sorry if this topic is duplicated, but I couldn’t find it on this forum.

If the screen has image, every time a propoperty is change, a component is moved, or created, the viewer scroll up (everytime to a same position). I must scroll up after each action.
Its very annoying

EDIT : No need to have image, it’s happen everytime, with every project, at soon as you can scroll a bit in the viewser

Make a screen scrollable, with some image, and if you work at the bottom of the screen (after scrolling a bit), the viewer will scroll up after every action 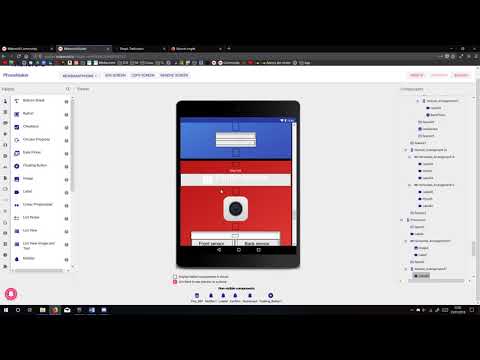 No matter what blocks

I think this bug is already know, but i want to know if it will be fixed soon. Its VERY annoying.

. However, I’m not noticing this on my project, i can see again but, never happens for me.

Smooth? It’s not very fluid, but if it’s worse for you, it must be really annoying.
Me it happens with firefox, chrome, no matter the browser

I have freeze every second on chrome, but not on firefox

Yes i have that on chrome

Its better on firefox but it still laggy.
Try to use firefox

Any news ?
It’s still the most annoying bug on app inventor

Why does it scroll up at every action ? Just don’t move !

Don’t think it’s a bug since it exists at all builders/clones as far back in time as I can remember.

Then it’s an old bug.