Cant save file into created folder

It’s my first app in Kodular, i have searched the forums and help but can’t figure out what is wrong. Here is the deal:
first, some remarks:

My app has to:
a) create a folder (if it doesnt exists already)
b) ask user to take a picture
c) write a watermark text into this picture
d) save the watermaked picture into the created folder

I had success in every step of the way (the new folder is being created in the phone’s internal storage root dir) but I cant save the watermarked image into it. I tried legacy mode, but didnt work either. One important thing: the watermarked image is being saved into the root dir with the name “NewImage.png” but I dont know if it is a temporary file used by the Kompanion.

Here are the blocks in question: 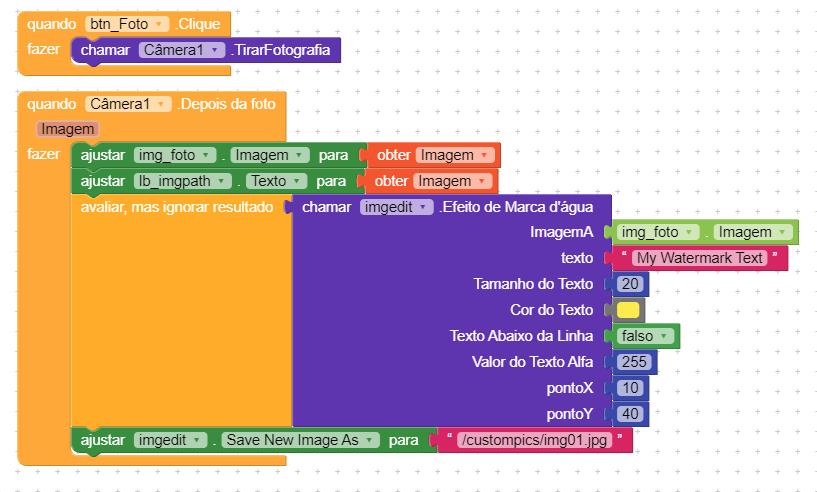 Can someone help me? 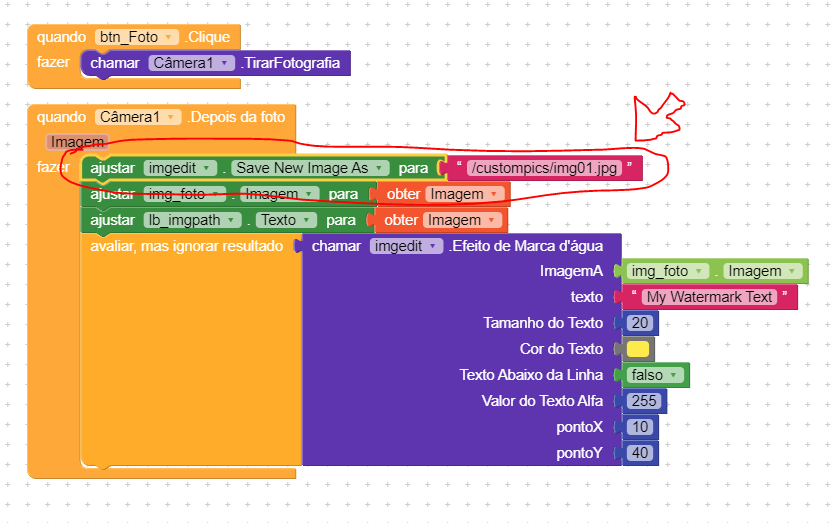