Hello Everybody, why in the emoji section of Kodular Community after replying or creating a topic, the middle finger emoji is shown in the list. The Kodular community TOS says that we all should be kind and this emoji any any similar emojis that resemble inappropriate or obscene gestures should be removed because there is no reason of why it should be in the list. Kodular also does not allow profanity or any obscene images or gestures. 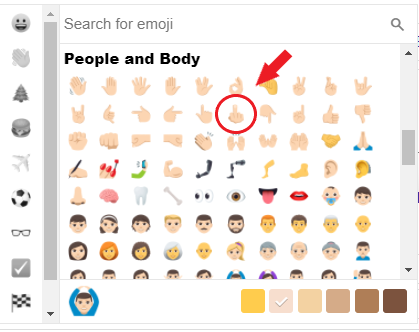 That actually looks like a more recent change, unless I’ve just skipped passed it, because I’ve never seen it before.

My point is: the fact that the emoji is there does not mean that the kodular is violating its own policy or rules. Just members of the community just don’t use it.

Serious? A mid finger is violate policy? Why? It is just a icon

It is just a icon

Yes, and a visual expression that may harm some peoples eyes.

may harm some peoples eyes.

For some reason the community creates these senseless things.

That’s what the #off-topic tag was for, but some people ruined it

The middle finger is offensive and Kodular does not tolerate profanity.

The middle finger is not profanity. Although it is obscene, people on the community do have the right to express themselves how they feel to the extent of the community rules. Here is the definition of profanity…

Language is not an emoji, although it may be considered that by some. The staff are the ones who make the final decision.

hat’s what the #off-topic tag was for

I was talking about the comunity itself, not the kodular comunity, i think google translator are not helping me

I think this emoji has always been there but nobody uses it. However, I have removed it to make sure that it doesn’t offend anyone.

Thanks. I don’t see it anymore

(post withdrawn by author, will be automatically deleted in 24 hours unless flagged)

@stormi I saw your previous edit. It said “

Yes I removed it to not be rude because it’s against the community guidelines… Is your goal to get me banned because I was using it as an example?

Are you really trying to point out every single mistake made in this community? And actually @hammerhai has realized his mistake and quickly edited his post. I don’t see a reason of pointing it out.

And actually @Stormi has realized his mistake and quickly edited his post.

No I actually had not realized the mistake, because there was no mistake made. It was to show that I could still use it, just taking it off a simple emoji dropdown has no effect on the emoji community-wide is what I was trying to show. I said I wasn’t trying to anything wrong and that it was an example.

NOTE: This post will be removed soon to not violate the community guidelines.

UPDATE! The middle finger emoji may be removed, but it can still be used by just typing :fu:t2: and it comes in other varieties such as t1, t2, t3, t4, t5, and t6. The text box formats it properly as an image and the varieties are stored in Kodular Community Servers as .png files. Demonstration of when you type :fu:t(NUMBER GOES HERE): results in this–>

. No offense and I don’t mean to offend anyone because I am just trying to demonstrate, Also, when typing in a colon like this : and typing in a letter such as f, then the letter u, and then typing another colon : and the letter t which stands for type. Results in varieties like this. 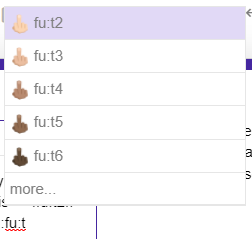 This is for any emoji and must be removed from this alternate list along with the versions stored in the servers.

No offense and I don’t mean to offend anyone because 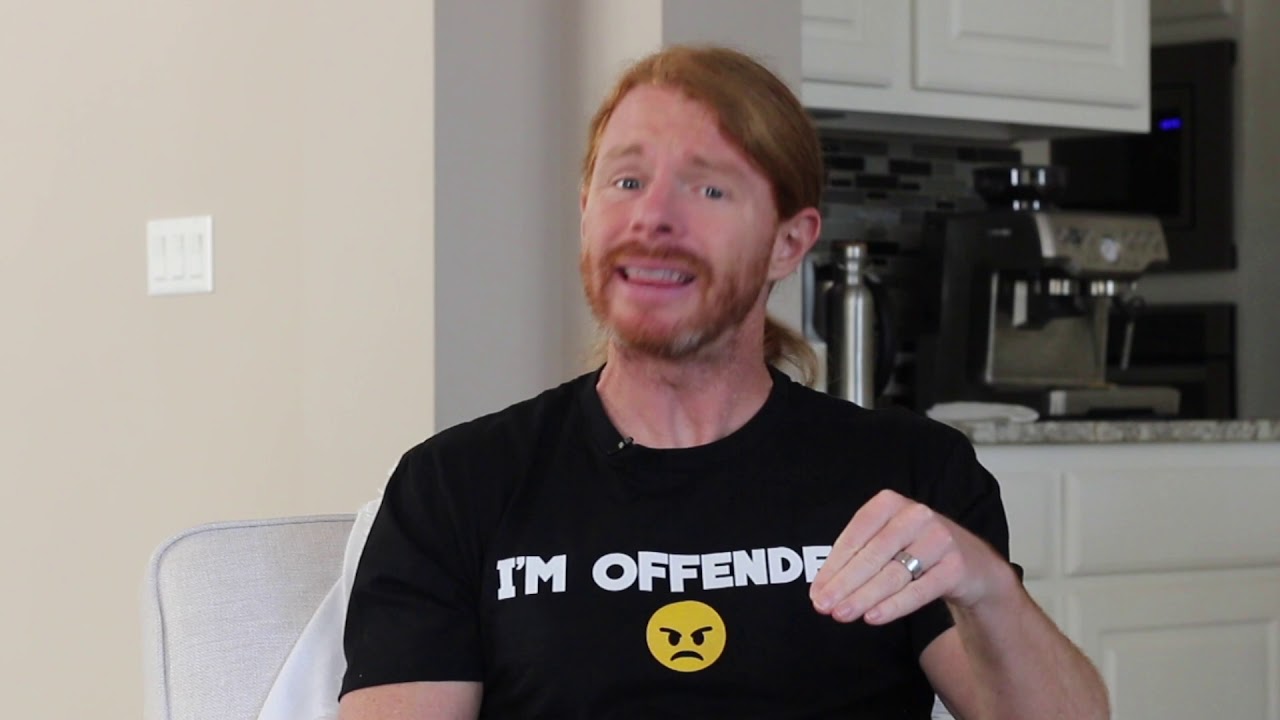 Isn’t this discussion getting dragged unnecessarily?
People who use the emoji may simply get flagged, and that is the easiest solution!