Error Compiling, in the companion work great, but when i try to compile i get error…
i was compiling whith out problem, but just now i dont know what i was changed that could worsen
my project

I use simple components and a Tiny DB…

I think the issue is caused due to that when Screen1.Initialize block

Try removing it or add some functions to it

Is that all of your blocks? Are there any warnings?

From looking at the error it mentions “else” and “then” which makes me think this is an error in a If statement block.

This is the second screen but even deactivating the if it still goes wrong. 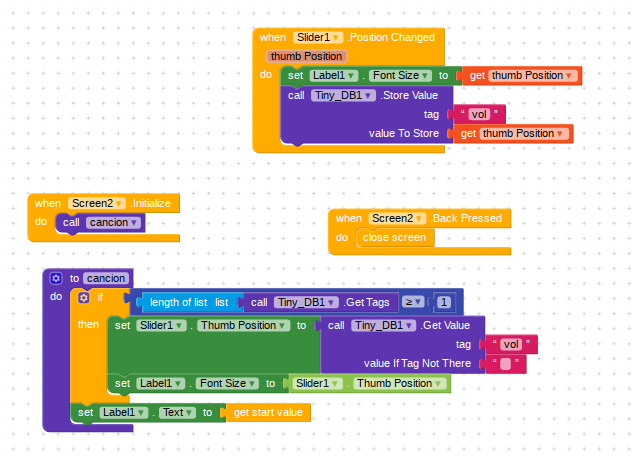 I am sure you solved it by yourself after a week.
Your “letres” variable is far to long (> 100.000 !)
I reduced it in a test to the half and the error disappeared

Thank you … I had not solved it yet.

but with the advice that you gave me, I just solved it.
it’s true, the variable is very large