From what I have read the animations (or shared animations) are one of the visual guidelines of Material Design.

Would it be very complicated to make items like this for Kodular ?: 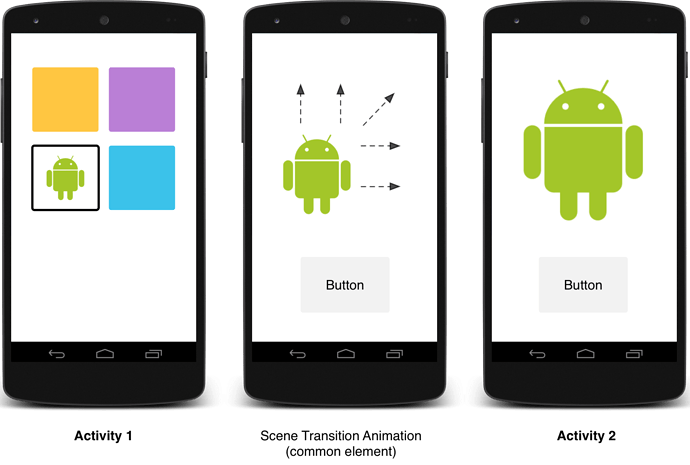 The point is that the AnimationUtil is for the active screen.

In this case it is the animation of a specific element towards another screen.
Something like in the gallery of Samsung phones when opening a photo

That won’t work for Example2, because the first screen’s content is still visible, just covered by an arrangement.

Also, it is more recommended to use VerticalArrangement s in combination with Animation Util, see first point here

So it is not the trick, as switching screens takes a little more time and bgcolor can not be invisible.

@Robert, the author has clearly stated that he wants to use screens

I know that.
Btw. then why do you mention arrangements if @alexitoo_uy won’t use them?