There is some display issue when using Firefox or Edge (any other browser than chrome) .

Since the Draco update :
The panel categories lost their padding :

And since ever :
The preview is getting out of the phone : 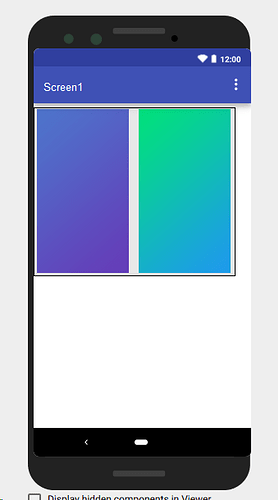 The color picker is creating a scrollbar, and get out of the page :

The project cards doesn’t have the good width and size :

Go to the builder with Firefox or Edge

Just some CSS issues, i think they can be fixed quite easily

I use Firefox because i prefer it better, but above all, there is no lag on the creator, unlike with chrome

These problems have been around for a long time, and have already been reported! But I don’t think they’re going to be fixed

There’s not only chrome !

I use Firefox because i prefer it better, but above all, there is no lag on the creator, unlike with chrome

Look at me, I went from Firefox to Chrome within two days, back to Firefox and Chrome again within one day

There’s not only chrome

There is only one Chromium Engine though, and most browsers for example MS Edge are starting to switch to it, IDK why just now but, I think Firefox is considering too

I think Firefox is considering too

It will not. It would be a big treat to the free internet and it would just strengthen Google’s web/tracking monopoly.
Read more:

Microsoft is officially giving up on an independent shared platform for the internet. By adopting Chromium, Microsoft hands over control of even more of on

If one product like Chromium has enough market share, then it becomes easier for web developers and businesses to decide not to worry if their services and sites work with anything other than Chromium. That’s what happened when Microsoft had a monopoly on browsers in the early 2000s before Firefox was released. And it could happen again.

This is already a bit true with Kodular, it is only designed and tested on chrome (I suppose, because @KodularCreator developers use chrome, and there are many glaring display problems that probably wouldn’t exist if they would have noticed them!)

I didn’t know edge had any users

The palette doesn’t take the whole height anymore, and get out of the page if it was scrollable !

Another problem : (not new)

The block have 2 scrollbar, we can scroll to infiny

But by default, its the second scrollbar that are scrolling, so the bottom is cutted, until we click on the last item visible :

@KodularCreator please take a look at these 6 displays problem !
Kodular will soon because unusable on other browser than chrome if the bugs continues to get worse, and no one are fixed.

I think the first two pictures have been fixed for 1.3B.2

Also, any component button is invisible until you click one of the last items in Blocks + Components page.

I mean; I need to click one of my last components (in this case, Color_Utilities, Clock, Notifier etc.) to see Any component

Also, any component button is invisible until you click one of the last items in Blocks

Happens in Chrome too

With the update 1.3B.2, It’s even worse with some categories:

image357×622 18.2 KB
You must place the cursor very precisely on the categories so that they are displayed.

And the palette now have 2 inactive scrolbar, that are always inactive :

The second problem is not fixed too :

On the other hand, the first of these two problems is solved : 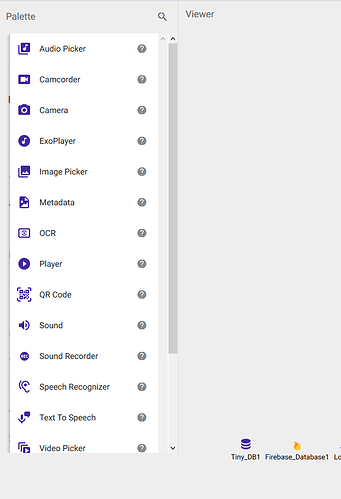 even worse with some categories

I have a fix ready for that, I just want to test on Chrome to ensure it won’t break anything else