But when we will get to know they will be available or not ? The free trial already started and will end on 13.

as the kodular staff informed that it will be live on 11 july but i think it is not live yet.

Thank you so much for that. I don’t know how I missed that post.

Please also add the app in the premium version of iPhone IOS export as an IPA file.

This will (most likely) never happen. Kodular has already strayed way too far from AI2.
(By the way, this will also take longer with AI2, although it was already announced for the fall semester 2021 that the build server would then be available).

Apart from that, no extensions can be used with iOS. If this should ever be possible, all extensions would have to be rewritten in Apple’s programming language “Swift” (instead of Java).

We will imement PayPal as payment option.

Will you also gave us admob components like you used to gave us in past in premium subscriptions?

Anyways, just my opinion on this. Might not be true in reality.

When will the solution be found to the problem “WIRTE STORAGE PERMISSION NOT DECLERE IN MANIFEST”.

The solution to this bug was found months ago and posted dozens of times by @bodymindpower (Anke) - not least also and especially in the AI2 forum, because the same bug also exists there.

Apps are being rejected on the Play Store.

Maybe, but not because of this bug.

This is great, Diego, because with 5 extension limit … Other platforms will find a golden opportunity for more members to join them than kodular…

I would like to point out a few things.

Don’t take it for granted that they serve us.

Exactly. This is a peaceful discussion. Treat it and discuss peacefully please.

5 extensions are too little to tolerate for a lot of us, but we need to understand their situations as well.

What does the number of extensions have to do with the server load? Almost nothing.
So what is the purpose of this limitation?

And as many users have rightly pointed out, many extensions are ONLY needed to “escape” the existing (unfixed & new!) bugs.

What does the number of extensions have to do with the server load? Almost nothing.

Yes, it has almost nothing to do with the server load. But considering that Kodular server fees are increasing, the only thing they could do is to limit certain areas. I, and many of my projects, have more than 5 extensions.

What would you do if you were the CEO of Kodular? Server fees are high, and there is not much revenue to pay them.

This is a peaceful discussion. Treat it and discuss peacefully

Yes, hopefully, and sharing different opinions is in no way against that.
But as soon as opinions are suppressed or censored, there can be no more peace!

But as soon as opinions are suppressed or censored, there can be no more peace!

We still have to try our best to maintain a peaceful community. Even if they are censored by Kodular staff, they have a reason. I don’t agree on them always, but I understand that they are facing difficulties as well. Criticize positively in a polite manner. Once when we are in someone’s house, we respect the owner.

Where is new kodular primium 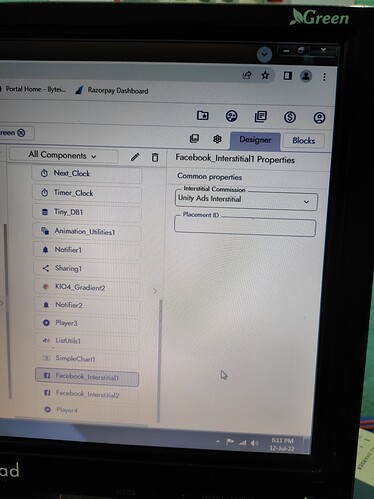 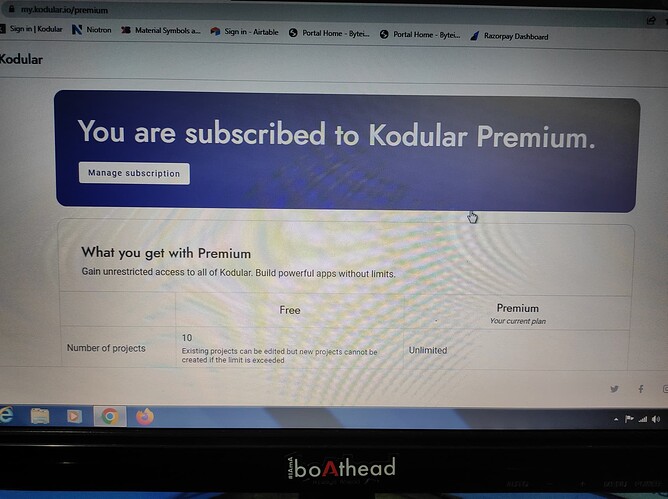 What would you do if you were the CEO of Kodular?

I would at first fix these many bugs!
Then the willingness of users to accept fee offers would certainly be higher than is currently the case.
But the limitation to 5 extensions seems arbitrary in any case and should be dropped.

I would at first fix these many bugs !

Yes, Kodular is fixing them. They said that they will fix bugs monthly in previous posts.

But the limitation to 5 extensions seems arbitrary in any case and should be dropped.

I agree, but for now, Diego said that he is deciding to increase the limit. We have to wait.

They said that they will fix bugs monthly in previous posts.

It would be nice if action would finally follow!