It would be extremely hard to do. You could do a few ATMs by manually finding the co-ordinates and use the “Add Markers From Json” block to add markers to the map.

Other than that, I don’t think there is another way of achieving this.

I Googled and maybe it depends on where you live. I found for instance this site Bank-Owned ATM Locations in New York State - JSON File - Data.gov where you can download a file with all the bank owned atms in New Yorkstate in different formats. One of them is a JSON file.

I Googled for a list for Turkey (saw your flag) but can’t find anything.

I saw that many banks have ATM locater websites, for example Access Denied

But from what i have been reading the data isn’t avalaible. 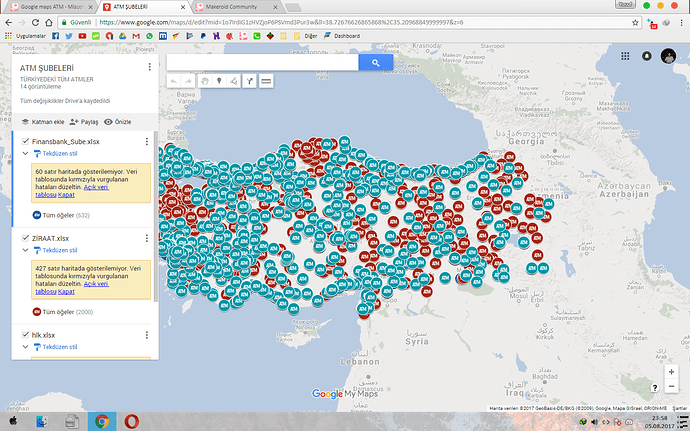 Great that you found that. But that only works when there is a internet connection. Why not make an offline working version and use the google map component.

You can exports your xlsx on CSV format, and then use it on Makeroid…
currently makeroid interprets csv chains,

if you dont have internet, how do you load the map?