How to create a global list of empty lists?

Can I create a global list with empty lists? just to fill them later 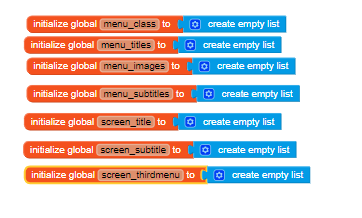 instead of all these blocks

You have to intialize list with empty to fill it later

is it possible to intialize a big list that contains empty lists to fill them later? … if so how to create it?

Are you saying that store all global lists to a main list?

yes exactly … sorry that I couldn’t express that

I think its not possible. Wait for more reply

I can’t see the image either.

i can’t see the images

I know, hard to understand, but hope it helped. Have some problems with images now…

is that what you want? 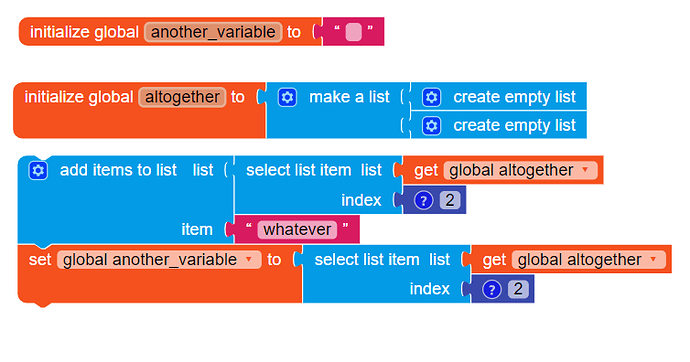 It’s for function part, to

see the last answer by @WatermelonIce

How to create a global list of empty lists? Discuss

is that what you want? [image] But i dont understand the last block, why there’s another variable?