Huge increase in error level after updating the app with kodular 1.4.1 / 1.4

I updated the application (minor update - I fixed some bugs, I didn’t add any new component and no component) before the update, the application was built with Draco codular and everything was fine, after the update (built with kodular 1.4.1) there is a huge increase in the number of bugs

there is a huge increase in the number of bugs

Try to add this line (if needed, but missing) into the Manifest:

grafik.png891×47 5.96 KB
see here and check if this line is needed for your app / used components, extensions:

r/androiddev - Advice on this crash in my app.

Issue: App Crash on Android P or Android 6.0 above due to lack of org.apache.http.legacy library

Sorry but I didn’t understand what to do

Try to add this line (if needed, but missing) into the Manifest:

Why? Our apps have it by default

Our apps have it by default

Therefore I wrote “if needed, but missing”.
I have not found this in the Manifest of my apps, so I just told him to check this.

Thanks, good to know that this is added to the Manifest by default, if needed.

Yeah it should be added since a long time ago.

Sorry but I didn’t understand

If you only use components, everything should be fine, because this line is added to the Manifest, as Mika said.

But maybe you are using an extension, which reqires this line (with API >=28) and does not add it to the Manifest.
Can you post the Manifest or if you can’t edit it, post the APK. Then we can take a look into it.

This line is into your apk.

Yes, this line is included in the Manifest of your app / APK.
Maybe someone can take a deeper look. Manifest.txt (13.1 KB)

Are you sure, that the APK is the update version of your app, because versionCode = 1, should be 2 or 3 … 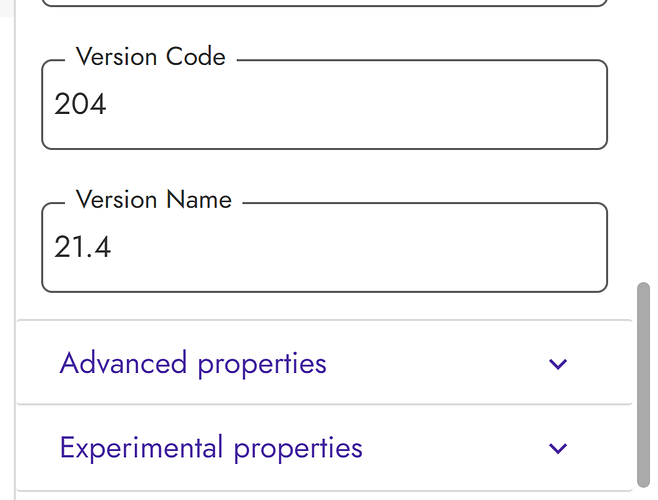 With this APK you were not able to release your app in the Play Store.

Version 21.4 is already in store

Yes, but which APK did you upload (not the one you have released) here:

So maybe it has not the same Manifest as in your released app.

I downloaded the file directly from play console

What should I do? The number of crashes is increasing 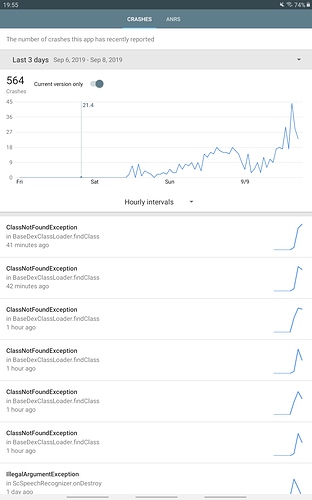 Yes, but what could we learn from the apktool.yml? There is no indication why the crash happened.

You divided back and forth about which version it was in 4+ posts, 1 or 24 but it was 24 the whole time, because ATM added that version 1 value to manifest file and I just pointed out that you should check apktool.yml file instead for version number

One thing I can not find concrete information on, are these two necessary in the manifest file at the same time as he has it in his