I need help with this: "Lookup in pairs: the list (Banana Abacaxi) is not a well-formed list of pairs"

That did not change the outcome… 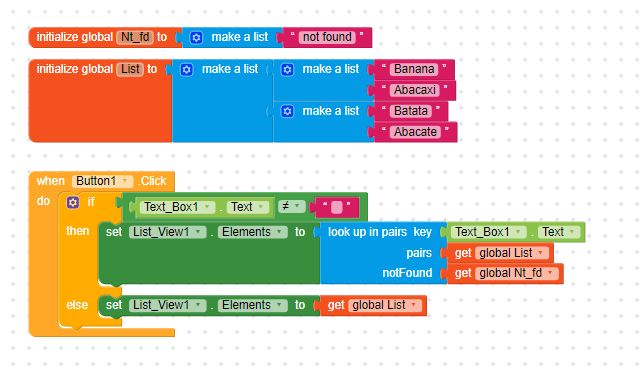 Was that what you suggested?

Was that what you suggested?

No, This is not what i suggested. I will send you the blocks image. wait

That did not change the outcome…

What’s your Current outcome? What is it showing now

What do you want to be shown?

I want the list to be displayed correctly and the result matches the one in the list, but the result will always be “not found” regardless of whether or not the item is listed: 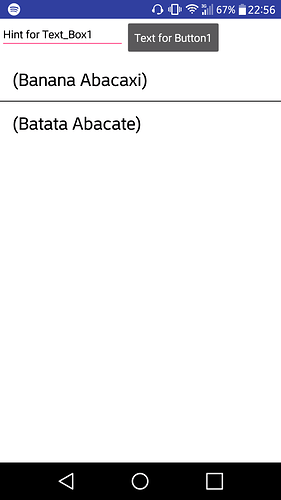 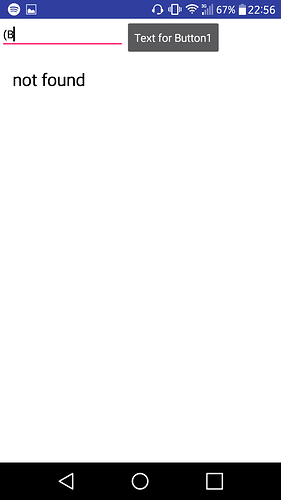 Search for Banana instead of (Ba. Dont use (

Curious, when searching for “Banana” I get this error:

When searching for “Banana Abacaxi” appears “not found”.

But this happens when I search for “Banana.”

Are you Looking to make Something Like a translator?

No, I’m building a Notes application, I need a search function, but the default listview search bar does not please me, so I’m trying to create my own custom search bar…

You should take a look at the hint of the method setListViewElements. It takes a LIST of elements as input, not a STRING as you are trying to pass, since “look up in pairs” methods returns a string. Try to put the result in a list. Obviously you have to search keywords without the parentheses, as it’s already been said. They are used only to represent lists in Kodular, they are not part of the lists.

Ah, I thought that a list of corresponding elements was returned, well, I tried that but when searching for “Banana” the result is “Pineapple”, I want to be presented with elements that contain the letters searched, how do I do this?

So you want to see every word that contains “Ba” in a list provided by you when you type “Ba” in your text box. Am I right? If yes, I think that a list of pairs and its methods are not advisable.
You should put all the words in a single list (preferably created from a csv row) and create a procedure to search the words. I’ve never did a similar thing before, so I should try to give you my solution; but I think that you should try yourself. Trial and error is the best method to learn

Ok, I’ll try my own solution, anything, if it works out or not, I’ll come back here …

Yes, I know that, but I do not like him

maybe you can refer here.

i have search, nothing similar what i want. my background is not apps just try new thing, it might easier for you but for someone else probably an alien when you talk about variable, sql statement and other stuff. something like this? [image]