Kodular builder tend to lag when I work with a lot of blocks (in my case it’s around 1800).
I did check most of the app builder forums for a solution and I realized that ‘the problem can be solved by avoiding redundancy’ & also upgrading my PC configuration (which I can’t do right now). So I had a look at my blocks. Then I had a feeling that ‘these 3 blocks can be shortened’: 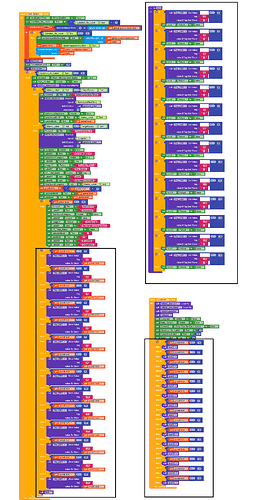 The one on fhe right you have different procedures for it. Is rhere a similarity? 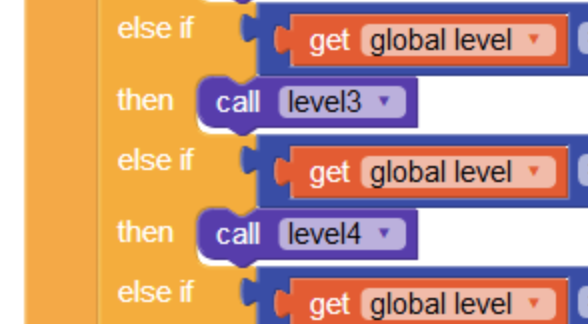 Other ones… yes…you ca create a numeric loop to go through then use this block. 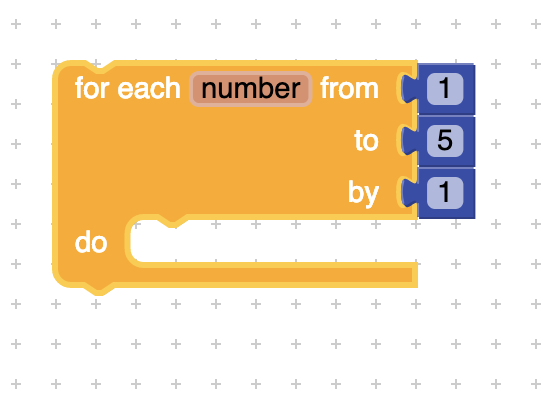 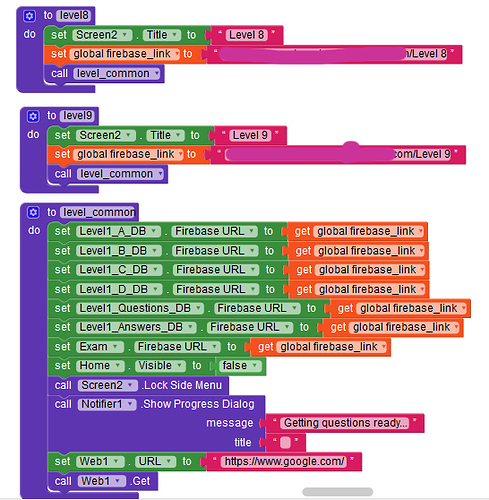 You can collapse them. You can create he URL using the JOIN feature . If you click o this gear you cxan pass a value as well

I will have to experiment

Which Browser Do you use? I use Chrome and it starts to lag when i reach 800+ Blocks… I don’t think ram is an issue because i have 8GB and i use Chrome

Firefox, 6-7000+ blocks no issue here, maybe a little lag if all blocks are open/expanded

I think the slowness is not due entirely to the number of blocks. I think this is due to several factors, it is clear that something influences the number of blocks, but I tried several computers and discovered that the speed of the processor is very important. In my opinion, the computer creates a virtual space where we move the blocks and the processor is the one that manages that space if there is more space, more work for the processor. In my case, I am working with a 3 Ghz processor with more than 4000 blocks and I hardly see a delay. Of course, memory and a good internet connection are vital.

When you have a little project, i agree that chrome feels faster. But with big project, for me, chrome freeze every 5 seconds (i have intel i5 with 12GB ram). With firefox there is no lags with bigs project (And improved privacy).

if i work with firebase it is impossible to work in my project. I hae so mmuch lags that i cannot moe a block.
WIth google no proble.
And i hae the surface book 2 with the best components what you can get.
i7 gtx 1060

Then the internet is your issue and not your pc specification

i have a 100MBit internet, so i believe thats not the porblem.
As i told with google chrome is have no troubles.

For me it is the opposite but it may be because I dislike using chrome on pc.

i have a 100MBit internet