Hope you all are doing great on Makeroid as i’m enjoying great features of Makeroid.
And constantly adding new features are really appreciated.

I’m pretty sure that i’m doing something wrong as this is the first experience with Leadbolt.
So, i need help on how to use Leadbolt with Makeroid?

I hope a good help soon.

I will create the documentation for the component later today.
For now, could you provide a screenshot of your blocks so I can see if you’ve done anything wrong?

Try the “Ad Cached” event instead of “Ad Loaded”.

Tried that but didn’t work.

Can you try this? 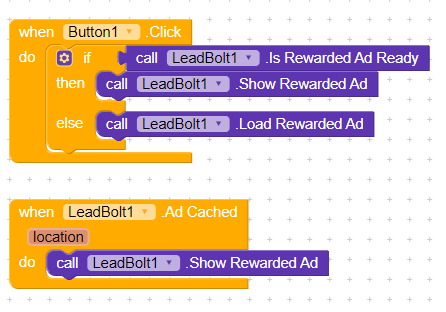 This sometimes worked for me first time clicking the button, sometimes I had to click it twice. I assume it’s because there were no ads to show the first time, so the Failed To Load event should’ve been called instead.

You could also load an ad on Screen Initialize but show it when the button is clicked.

Woww! Thanks Conor for your help.

Working great with this method.

This is not working for me. 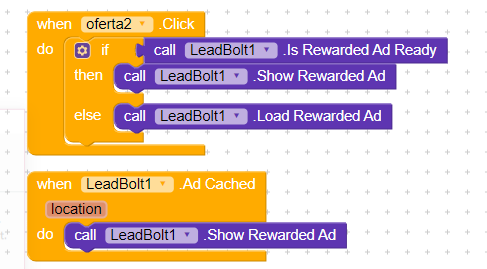 Have you copied API key from Leadbolt??

yes but still not working

Yes i also checked and now Leadbolt ads are not working again… My app on Leadbolt is also live.

Ya it is not working with makeroid and enhance.co … both are not working… may be it work for oreo android version

When it will start working in india … why dont you discuss with leadbolt ads network developer and solve the problem… ?? please solve it 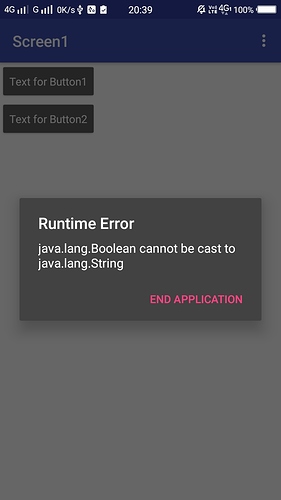 what is Leadbolt Ads Block Please reply me