My app behaves starngely. what culd be the possible reasons?

When I keep my android app screen ON for a while then it behaves strangely.
Two screens tend to overlap. (they are not actually 2 screens but 2 vertical arrangements that are made to become visible or hidden accordingly) 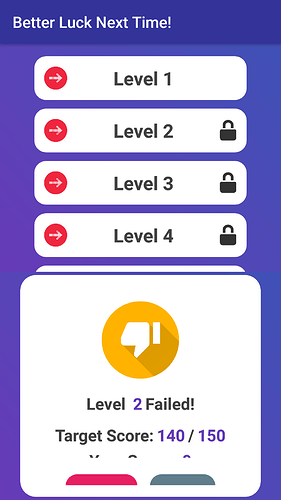 The UI is looking nice though.

Are you using the zoom method of animation util?

Actually maybe you should keep it like that, it looks like there’s another card behind it. Although we do want to see that card eventually

@cian @hammerhai @rbnet_it does it have anything to do with timer ???

Turn your clock off when you dont need it.

This issue has not yet been solved… I tried my best

this overlap issue happens exactly after 10 mins of inactivity