My app with web database does not work

The code performs locally. When I switch from locally to web server, it does not run.
Variable C_mes does not exist
lerapagar.php 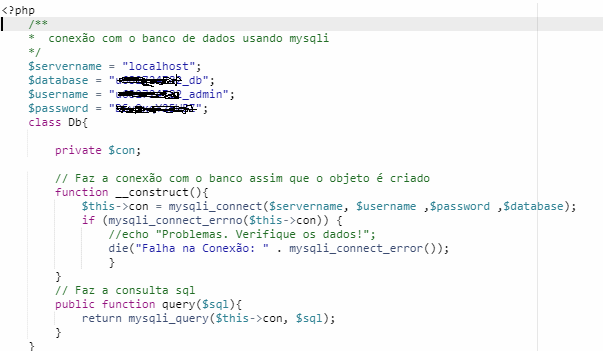 Rogerio, what exactly is not working? Your code in PHP or your app when using the PHP code?

Hello people. After stopped 3 months, I went back to trying to make the KODULAR app access remote mysql database. The problem was: the version of PHP that was installed on the server did not recognize the function, mysqli_connect () from PHP. This generated the “Call to undefined function mysqli_connect ()” error. I got this error by running the PHP file inside the server folder. My idea is to have a local client server desktop system also supplying a remote database. This remote bank will be accessed by a Kodular app.

My idea is to have a local client server desktop system also supplying a remote database. This remote bank will be accessed by a Kodular app.

yes you can do this, but on the desktop a web server must be running…
you could look into XAMPP

XAMPP (/ˈzæmp/ or /ˈɛks.æmp/) is a free and open-source cross-platform web server solution stack package developed by Apache Friends, consisting mainly of the Apache HTTP Server, MariaDB database, and interpreters for scripts written in the PHP and Perl programming languages. Since most actual web server deployments use the same components as XAMPP, it makes transitioning from a local test server to a live server possible. XAMPP's ease of deployment means a WAMP or LAMP stack can be installed qu...

Good morning. I already use XAMPP, so the app ran locally on XAMPP and it did not run on the remote server. I discovered that it was the PHP version installed on the remote server. The version did not recognize the myslqi_connect function. After changing the PHP version, it ran Ok, doing a SQL query, super fast, with 4 tables (Inner Join) where the main table has more than 100.000 records. Thank You.