Remove from play store After update my app 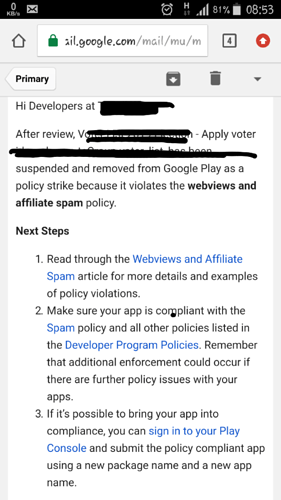 What was your app about? It seems that you have been displaying website in your app that you don’t own.

I think Google has a New App Approval Team. They check apps randomly and suspend it. Before the app used to get suspended when uploading but now it’s being checked per update

Whether now we can not use the goverment website in Webview, is there any solution

the truth is creating a web-viewer app is like embarking on an adventure to put your Play store account in danger! the reason for removal is plain and clear. you are even lucky it was removed and not suspended which means you can quickly update the app and unpublish it waiting few hours after update to put your account back in good shape. honestly if i could give you a professional advice, i would say; stay away from web viewer app that becomes part of the app’s main core functionality

It is only allowed to show Your Homepage or a Homepage where you have a licence, which is published in your policy.
IF you have n o policy, your app will be rejected or your account deleted.

Thanks for your advice, and my app has not been removed but has been suspended,
Earlier, my another application was suspended for some reason. 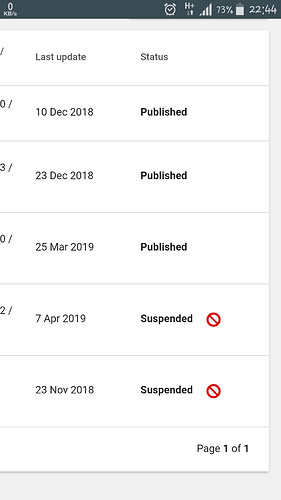