I am going to create a social media app like Facebook or Instagram. Please tell me the new features that I can add to that app which are still not available.

And you are going to do it in Kodular?

What about ai all social media app use artificial intelligence

Have you already started to build the app? If yes then how was your app building journey uptil now?

. They went on creating chunk of codes, experimenting them, testing them and then adding them with their code and thus creating and bringing new features one by one.

So as I said earlier first begin(if not) with some basics and once it’s stable then think of adding new feature which would not effect your existing app. And for this don’t depend on others, instead create your own feature and convince the world how it’s better for them

I have already started it

Yes, man i will do it in kodular

I think ai is nothing more that if, then and else statements 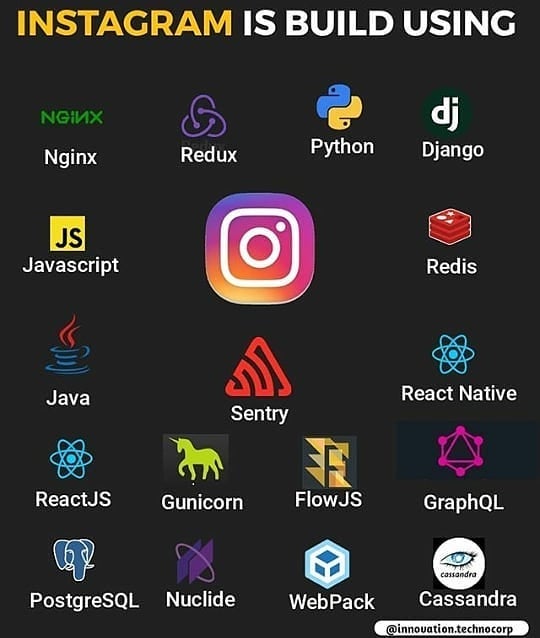 If you think that you are very good to code on kodular, try to make it and you will see the results.

I don’t think you can’t do it. What I say is, at some point it will be necessary to migrate the project to a more suitable platform due to the many limitations Kodular or App Inventor will throw at you. There’s a lot of things that you need to keep in mind if you are serious about your project and you want to have millions of users. Now if you are talking about some little social network with a couple of thousands users, it might be ok.

Actually maybe not, if Instagram is made with Nginx, Redux, Python, Django, Javascript, Redis, Java, Sentry, React Native, ReactJS, Gunicorn, FlowJS, GraphQL, PostgreSQL, Nuclide, WebPack, and Cassandra then maybe he can create an API and use the Web Component to complete requests. If an API is built, then you can also make a Web Version of your project, so it’d be compatible with all platforms basically. The only thing you should have concern over with this method is security. Having something that doesn’t require authentication can become an issue on many levels, from the ability to spam requests unless limited within a time limit, the ability to [delete, update, create] users without correct credentials, and the ability for data to be accessed by an unknown party, so ensuring proper authentication is added will be key, and make sure parties cannot identify as someone who they are not. Be sure to build this on a reliable host, like Heroku or AWS… There are limits with Heroku like a URL and it will most likely get ruined because Heroku stops requests until another is made. On the other hand, get the AWS Free Tier for a 12-month trial of services, use MySQL or some other type of database and fund-raise during the 12 months to migrate data to somewhere else where it’s cheaper or stay with AWS. Take note however that the limits for the AWS Free Tier aren’t that well documented when you don’t have it, if you go to the billing dashboard, you’ll know more of what they actually mean. I don’t recommend Google Cloud or GAE because of how often they seem to go down now with all the Google services and you’re not able to get a 12-month free trial with just a prepaid card which is concerning.

To start with the AWS Free Tier, you’ll need:

To start with Heroku, you’ll just need to sign up and that’s about it. To extend your limits to 1,000 hours per month for 1 running Dyno, add a prepaid or Visa/Debit card to your account depending on your country. They’ll deduct $1, but it’s a verification hold so it’ll be put back on your card after 3-5 business days depending on your bank. Normally it’ll be back on within 24 hours, but they don’t want to cause worry if you don’t get it by then.

Going over the limits of the AWS Free Tier will have your card charged, no matter you close your account or not. If you have any issues with billing confusions like I did, contact billing support and explain what happened. Going over the limits of Heroku is possible, but it’s unlikely if you only have 1 Dyno in use since there is just more than 1,000 hours in a month, the 1,000 hours actually would last you 41 days, but that’s almost doubled because they stop requests after about 30 mins after not getting any.

ur wise my friend