Some know people that work with sortable?

We want to hire an difficult e intelligent in firebase and airtable person, they will be paid 1,000 dollars a month just for working 5 hours a day from Monday to Friday.

What work have to do plz explain…

Who needs to be killed?

Please flag this post…Do not trust, this is a fake guy he will ask you to solve a survey test in order to start working with his company. It’s all fake, he just want his work to be done. I request @Peter to block this user.

Do not trust, this is a fake guy he will ask you to solve a survey test in order to start working with his company. It’s all fake, he just want his work to be done.

An explanation could be helpful. What to do?

Well, here is the evidence:

I completed his given test and sent him: 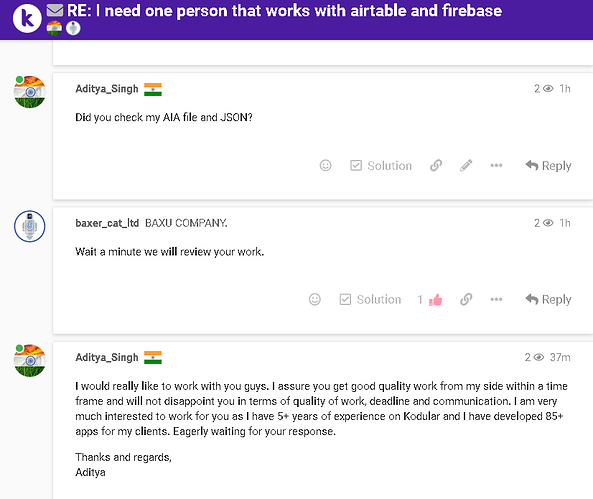 Now he says he has already hired someone (even when I completed the given test on time) he says we are a company of 5 people located in the US. And I believe this is just a random person and there is no such company. 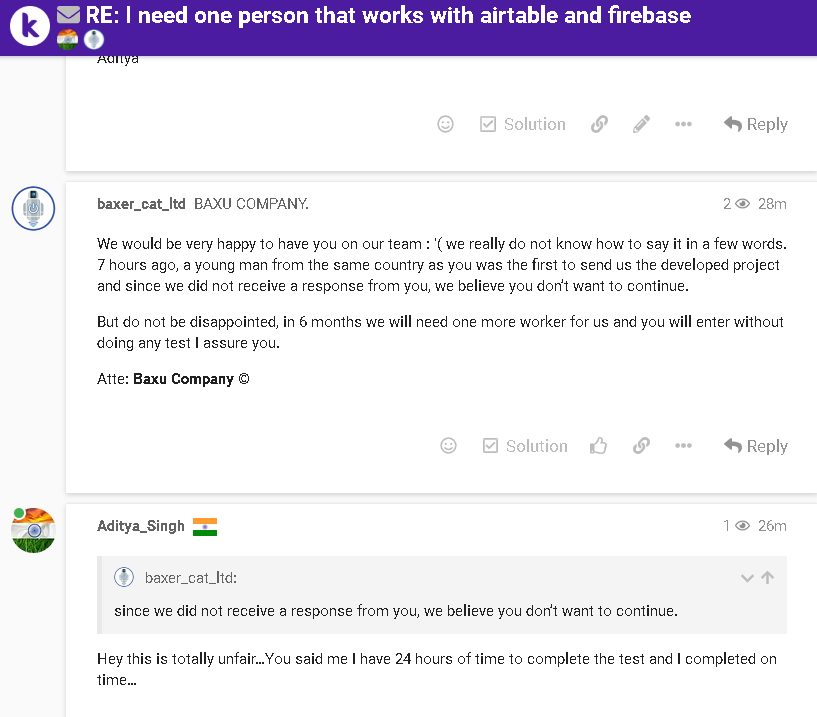 It’s not about my time and efforts and Kodular is not at all responsible for my actions, it was totally my choice, but I just want to make my community friends aware of such thing and do not trust this kind of offer like I did. As his task was very easy for me so I accepted his survey without asking any further questions. I request some staff member to take action on this so that our users can be aware of such type of fake offers.

It was late night in India when he sent me the test. So I started working on it from the next morning and today a few hours ago I submitted him the test and now he says he has already hired some other guy. He was offline at that time when I was working, and after submitting the test, even I’ve kept the community tab open since morning, he says “we did not receive any response from you so we believe you don’t want to continue.” This doesn’t seem to be a real deal.