Something is wrong with the alignment

imagen.png575×705 36.4 KB
Trying to get everything sorted I found this bug
As you can see here, textbox and labels are in the same horizontal arrangement. But when I export and install APK file I got this strange alignment.

(textbox in red just to see the size).

Only happening in the horizontal arrangements with textboxes.
(Align vertical set to center)

Can you post a small aia, because no one else has reported this and I can not replicate this behavior…

try set you horizontal arragement width to fill parent, and your spacer width to automatic
and try to add multiple arragement into your screen

as far as i design, i not encounter the problem you mention, and if there was something wrong with it that mean your design was not as you expected

I managed to workarround it using table arrangement placing every component in columns.
I will try to post an .aia when ListView component work properly because at the moment my app crashes at startup

As I mentioned earlier

doesn’t have to be your real project.

Let me know if you have the same result as me

I got the same issue with this table arrangement.

Let me know if you have the same result as me

Yes but looks more like the component itself somehow got corrupt, it reported higher height than the others checkers.

try to delete the non english character checkbox first then re add the checkbox, and the result should be fine

I found it why… 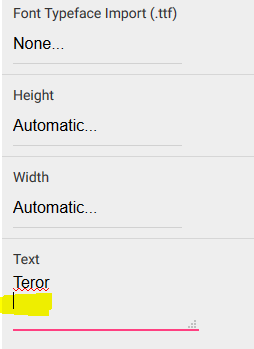 as you can see from the image you have, new line