But its not scrollable on the viewer !

Then just set Scrollable only on Designer when designing it, and disable for building an app

that’s what I did in the beginning but have to think about it and go through each screen every time!
however, for each screen, I put scrollable on false during initialization !

Is there any way for the scrollable arrangements you can add a make shirt scrollbar if it’s set to show the scrollbar in the properties?

Yes ! That would be good

I tried something else, and I found other bugs on the title bar!

In addition to not disappearing when scrollable is enabled, the title bar resets and loses all its properties when the orientation is changed (without the scrollable option enabled!).

Just check “Scrollable”, and the app and the interface is immediately destroyed!
You can also turn your smartphone to break the title bar

(@Sander @Diego Is this also resolved in the next version?)

Screen Title Visible if Screen is Scrollable ( was not working properly )

It says the bug’s been fixed, but it still doesn’t work! 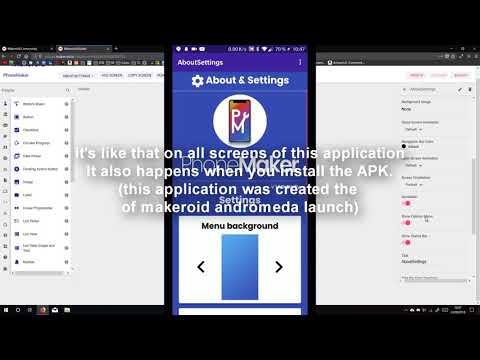 When I tested it was working fine

do you updated you companion?

I don’t think so, but it’s the same on the APK.

I just updated the companion: 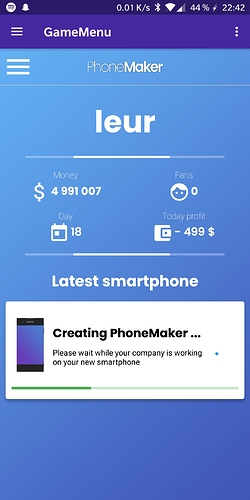 It’s also like that on another project I created less than a week ago:
Title bar reset and no FAB

However, the problem is solved on newly created projects

The release notes say if you’re using the old one to make it show, delete it then add a new one or it wont work.

I’m using the new one. It work when i unckeck “scrollable” on the builder.

The problem is not only with old projects, the project I created tonight got the bug only 1 minute after its creation!
I only had one card and one slider in my project

We understand your problem and I’m sure their on it

EDIT : I have 3 on which it happens, but on projects where I try to reproduce the bug to see its cause, it doesn’t happen confused