), but lots of desired components and requsted features have been added

This release has been named under Makeroid Butterfly 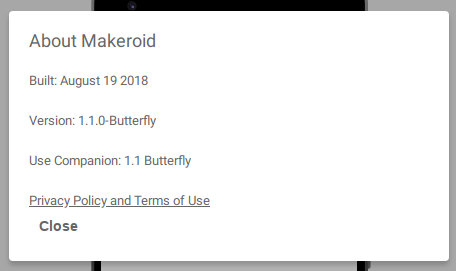 We have added a

to the most important changes

As you can see, we added some of the most requested components into Makeroid, listening to requests in #feedback:iwant

We hope you all like this “little” release, and enjoy more creating your apps with the new design components, bringing a more professional look to them

Despite this release can look like a new features release, it’s NOT
We haven’t named it 1.2 as there are no new components, and the new blocks doesn’t add new functions to apps, they just improve/fix existing ones