When i make an empty project and test it with the companion i get the following screen while testing. 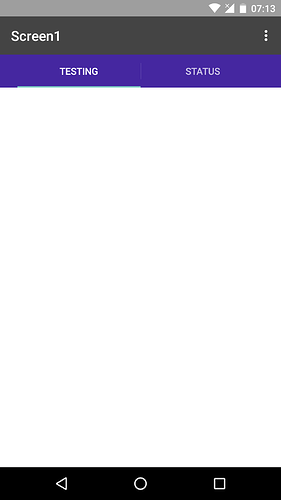 The testing and Status tabs are from the companion itself but should disappear when testing the app.
Inserting a “remove all titlebar tabs” block in “screen1.initialize” works but that shouldn’t be necessary.

its a no problem

I know but that shouldn’t be necessary. The tabs should go if i didn’t use them in my app.

Could you check if it has been solved?

This is solved in the new companion.