Touched down block is very sensetive(almost as a clicked)anyway to determine how far down?

You mean clicked event of course and not touched.Am i right

Because there is not a touch event for the arrangement.

there is a touch down block for cards

Okay because you was saying arrangements and then edited them to cards.Now i understand.

Touched down is not the same as dragged down.

Touch down basically means “while your finger is pressing the button down”.

Touch up is triggered as soon as your finger releases the button.

Imagine a racing game in which you touch down the accelerator to speed up. While you’re holding it down the speed increases. When you let go the speed starts to decrease.

Yes i understand that but is there a way to make it less sensetive so that it’s only triggered when the user is really pressing with the intent to trigger an action. 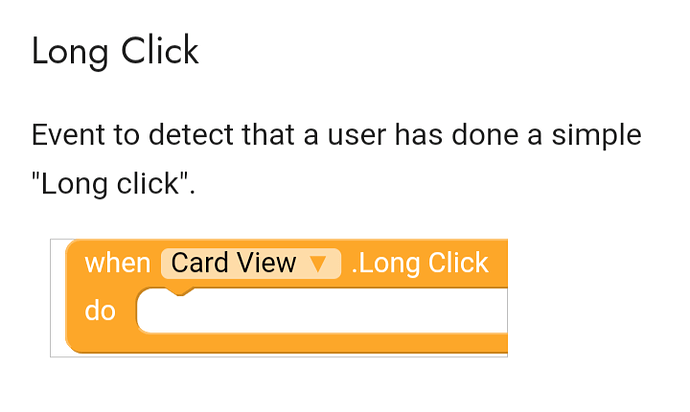