Troubbles while trying to update my app

Hi! I’ve recently created an app and uploaded it to a marketplace, but I had ‘saved as…’ my app just in case I had made any mistake but when I uploaded it to a marketplace (Aptoide), it didn’t recognise it as an update but a new different app. I tried importing the keystore from the original app to the backup where I’ve been working on, but didn’t work. I also looked for something to import what I have done in the backup to the original project, but I can’t find anything. Could you please help me so that the changes I have made from the backup project are implanted in the original project so the app store recognizes the app as an update? Or what do I have to do so the backup gets recognised as a update for the app? Thanks in advance.

cross verify the package name in old and new version, it is the most common reason for such errors

‘package name’ in both of them is empty

Well in the section of Screen1> Package Name there is nothing. Can I try another thing?

Or what do I have to do so the backup gets recognised as a update for the app? Thanks in advance.

First download the original project (aia) to your pc, to have it as a backup of a backup 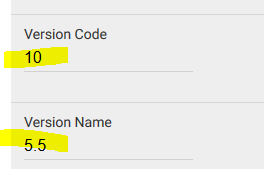 This should be it for you to upload your app

So I have to change Version Code and Version Name to the same as the original project? And in package name, should I put “io.kodular.yourEmail.projectNAME”? In both first? (Sorry for my english and understanding)

So I have to change Version Code and Version Name to the same as the original project?

After that we can tell you what to do next

Hey. I had read it and now I understand it more, but doesn’t matter if I change the Version code or not, because I hadn’t changed it (but the Version name yes) and tried to upload a new version of the original (But without everything I did at the backup one) and Aptoide (the app market where I uploaded it) recognised it as an update.

About package name’s, in both of them is empty, I’ve never written anything in that box: 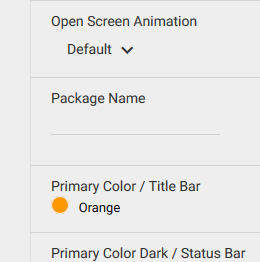 what do you mean by that:

“I do not recommend using package name as it does not work properly.”

I want to transfer an app from App Inventor to Kodular that’s already published in the Google Play Store. Therefore, I have to use the same package name. Will there be any problems after that (after changing the package name)?

For the most part it works however, there are number of threads where it is mentioned that it doesn’t work when package name was changed

Btw, if I were in need of a package name I would use this

Thanks for pointing out, then I will prefer this method.

So… what do I have to do to solve my problem? I think I find easier to repeat all my work rather than following the guide Boban said. Maybe it’s the only way for me, but in that case, I find stupid to create a backup or a checkpoint of your project if you won’t be able to use it as the App Store would not recognise it as the same app.