when I load my project some formatting is not set correctly. This is what the screen looks like after loading (Image 1).

Try exporting apk, after exporting apk when you open your app if scale to fit is turned on then you will not see what you see in kodular creator it will fits in without looking ugly.

Hello Sherpuraala,
that maybe will be true, but during developing this is not good to see.

Then you can set it to non visible

Designer will never represent the real appearance as on device

really, is this really your solution? 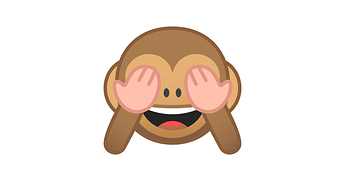 Woh, that’s one of the best suggestions I’ve heard in the past few years. And I’ve led a number of development teams over the past 30 years. It is clear to me that this error is rather small and not fundamental, but your way of troubleshooting is unique. You never stop learning.

Hi Boban that’s maybe true,
but at least it should always show the same not three different versions. I hope you’ll agrre with me in this.

Agree, this is a bug, my opinion.

Bug or not this scale “problem” is around since first MIT App Inventor!
I agree with Boban, the designer will NEVER represent the real deal!
My advice is to get used to use the designer ONLY to add components and use the block editor to ACTUALLY manipulate every single aspect of your app layout during app initialization!
It’s what alot of us do anyways!

Hello Joao,
in principle, it is no longer a question of whether the screen is displayed correctly or not. Of course I can live with this fact, there is no question. Nevertheless, I would of course also like to contribute to increasing the quality of the product. I also don’t know if this fact has actually been noted before.
But I find your answers a little strange and humble. But what I’ve always hated in my career as IT project leader are the following things…

Of course Boban is right that it will never be possible to display all screens correctly, and Joas with his statement that this should be done during the initialization. But do these statements actually change anything about the problem?

But that’s not a problem either. However, I find statements and comments problematic that just accept it.

This may help you

I understand how frustrating this can be, and I understand how this can be even worst for beginners!
But like I said, for me and alot of other users this is not a problem at all, we are used to code every aspect directly on the blocks!
Maybe Kodular team can make some improvements in the future!

Hi Joao,
this is not a question of frustration but, as is so often the case, of documentation.
This is just as “suboptimal” with Kodular as with the other system derivatives. I can understand the developers. These bite into your new procedures and finally make them available to the community. Then they have to make a little “documentation” and you’re done. This is exactly one of the central problems in Kodular.

I take this as an opportunity to tell a little fairy tale. (which hopefully explains my problem somewhat)

I made my first spurs with Assembler, Cobol, Fortran, RPG, C, Pascal and DBase III (Clipper 87). But as early as 1990, I was working on the first 4GL languages (GuptaSQL, Centura).
Few of these savings will tell you anything, no matter. I just want to say that I am not completely inexperienced. It followed with the years C ++, Java, Javascript and Phyton and so on. Let’s leave out all VB Basic languages. I also made Apps with Corona.sdk some years ago.

But now it starts with the fairy tale

March 2020
I would like to write an app for customers that certifies their inventory. I decide to build a database in SQLite because I already know it and MySql native is not available. But after a few days I’m on the verge of despair. I can read but every change or insert goes blank with a strange error message. I try every possible extension. But nothing works. It is clear to me that I’m making a mistake, but nobody can help me. A small statement on the side then brings the solution. (Many thanks to Taifun!) Databases in the asset area are locked, you can only read there. Nowhere in the documentation, at least I did not find it there (insider knowledge!).

So switch all 15 screens to SQLite as setup file.

May 2020
A professional explains to me that if I change the version the TinyDB will be preserved!
I do not believe it … I have changed everything and now it is explained to me by the way that the work of the last few days was actually for the bin. ( insider knowledge! ).

How often have you read insider knowledge now?

Result there is insufficient documentation.