Last night YouTube went down from 9 PM to 11 PM EST. I in particular didnt know why this was happening. As I was searching Google and Twitter, I thought it was just me and it wasnt. Today, I wanted to continue into searching the reason that YouTube went down. I watch a guy on YouTube with a channel called SecureTeam10, very good person and I love his videos. Yesterday a video was posted on another YouTube channel, that contained info for only the government of the U.S to see. Claiming that things were hitting the f#%@$*& roof. As aliens were going to crash into the moon. Later there was another video posted from a different person saying there were parts of the moon that did fly. One thing I’m also hearing is the ICANN Association is taking over the internet with a DNS Encryption Key change (KYK or KYS). This cant be true as they did that 2 days before the YouTube outage, HOWEVER, at this time when YouTube went down, many were also claiming Facebook to be down. Is YouTube and Facebook covering up what the guy posted? Or was it just they were performing normal maintenance and something happened?

I dont see the moon now and its always out

This isnt a joke, I lost 2 hours of PURE youtube last night. Now the moons gone.

I saw this xD: 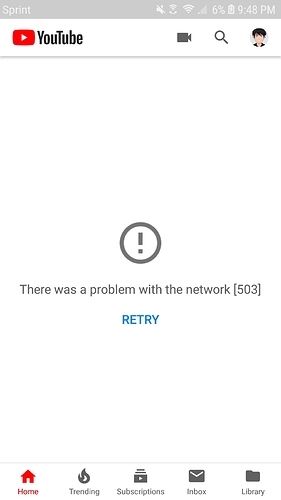 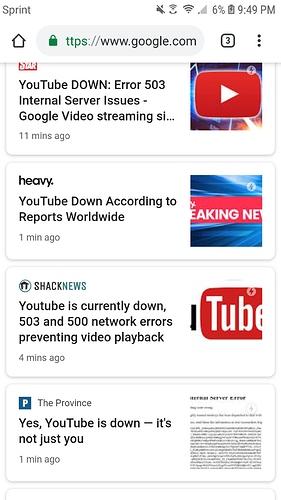 Make some serious apps with Makeroid while Youtube is down FoR YoU!!

Peter has the nuclear button for this thread.

Meanwhile listen to my radio in the signature

Make some serious apps with Makeroid while Youtube is down FoR YoU!!

This isnt a joke, I lost 2 hours of PURE youtube last night. Now the moons gone.

Not gone from where I live. Maybe it’s out there too, like the YT?

@hammerhai I got your channel. Now it’s time to dislike your videos. Oh wait… “This channel has no videos”

How’s the investigation going on?

WHY DO PEOPKE SEARCH MY NAME, literally as soon as I was gonna answer this… May power went out for like 5 seconds

THEY ARE ON TO YOU! HIDE! RUN FOR THE HILLS!