Where is chocolate. Play store

Hey guys, I am very happy to share with you my new game which is published on play store.
My game name is Where is chocolate 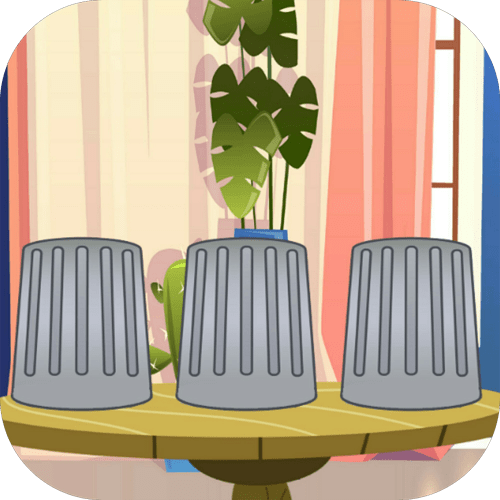 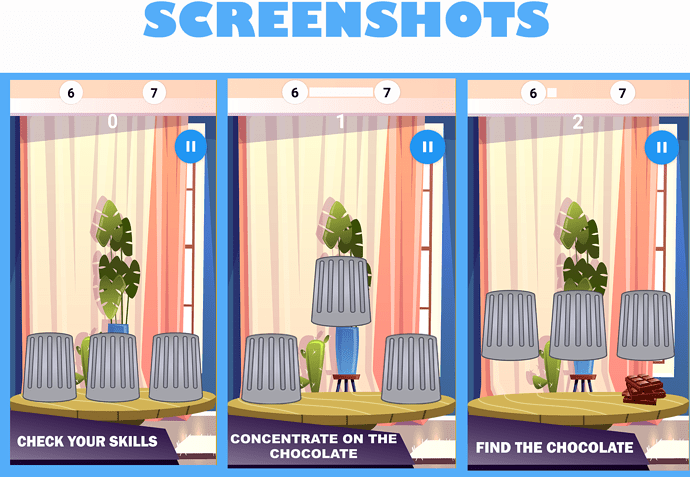 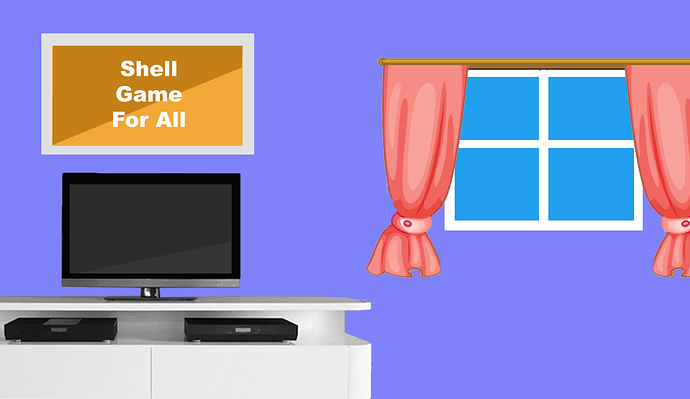 Now i want to tell you about this game.
I have not used any extension in this game.
Special Thanks
I want to say a special thanks to @asimjib93 and @Boban to help me to solve some bugs.

I have used only Kodular and Photoshop for this game and if you want ask any kind of questions regarding this game please ask it here or dm me i am always ready for that. If possible then please give me some feedback to improve this game. Thanks…

Play this game ones and you never quite. This is a casual game based on shell game. Small game with small size but very cool game. Play it ones and you will never want to go back. ◆Game Rules 👉The chocolate will kept in one box. 👉 Box will change its position to mix it. 👉Find the box where chocolate is kept under 10 secons. ◆Tips to make high score. 💎Concentrate on the chocolate. 💎Find the chocolate in just 10 seconds. 💎Don't click on wrong box. Enjoy the game and please give us a feedback. I...

Good to see the game…

Good And Great Think To Make It But

Make It Device Friendly
To Adjust All Device Screen 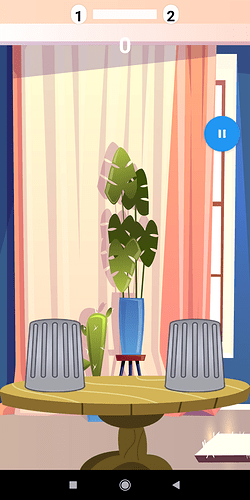 but not working.Everytime when i start it Stucked.

Make It Device Friendly
To Adjust All Device Screen

Can you please give me some tips, how make it device friendly.

There is some bugs in share option and i will fix it on next update,

i didnt understand that, thanks

i dont know whats problem is with your phone or game but it is working fine in some of my tested devices. If possible can u give me a screen record video or explain about it. Thanks for using it.

Try to clear data of the game and then start, i thing it will work. Thanks for playing the game.

ya ok i will explain you.

hi ! let me explain you. Everytime when i start game there 3 cups are visble & affter a sec. one cup go on air & its invisible . After then when i restart it again same problem . Game totally stucked …
so i am unable to play game.I think this much information is sufficient
.

Yah, thanks for giving me this information i will try to fix it soon on next update.
Btw what is ur device name.

Working good on all three devices. But, the only problem I found is that Floating Action Buttons are not working^. That’s all to say. Good job…

^ Only volume on/off button is working.

That is a simple but amazing idea. Congratulations

My next extension:
Find chocolate around your house using a chocolate detector in your phone

Only if that was a real thing

Can you please give me some tips, how make it device friendly.

The largest screen resolution in a mainstream smartphone is the massive 2160×3840 (4K) screen used by the Sony Xperia Z5 Premium. But even some of the smallest screen resolutions found on feature phones, such as 240×320 or 128×160, generated some website hits in Q3 2016. 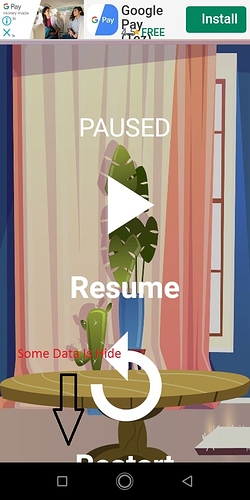 There is some bugs in share option and i will fix it on next update,

i didnt understand that, thanks 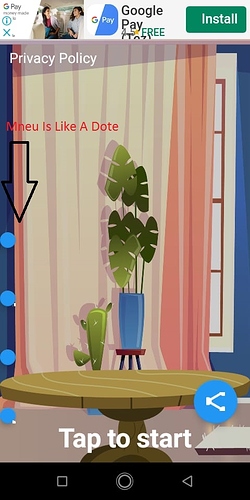 Floating Action Buttons are not working

Yah i will fix it in next update, Thanks for your sujetion .

That is a simple but amazing idea. Congratulations

My next extension:
Find chocolate around your house using a chocolate detector in your phone

Only if that was a real thing

Thanks @Srrazmi to give me some very usefull information

i will do it

It is working perfectly in my tested devices but i dont know what is problem there. 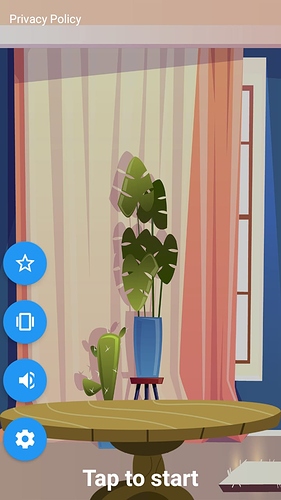 I think you mean “Suggestion”, but you don’t need to fix it this time around, I think we all understand you. 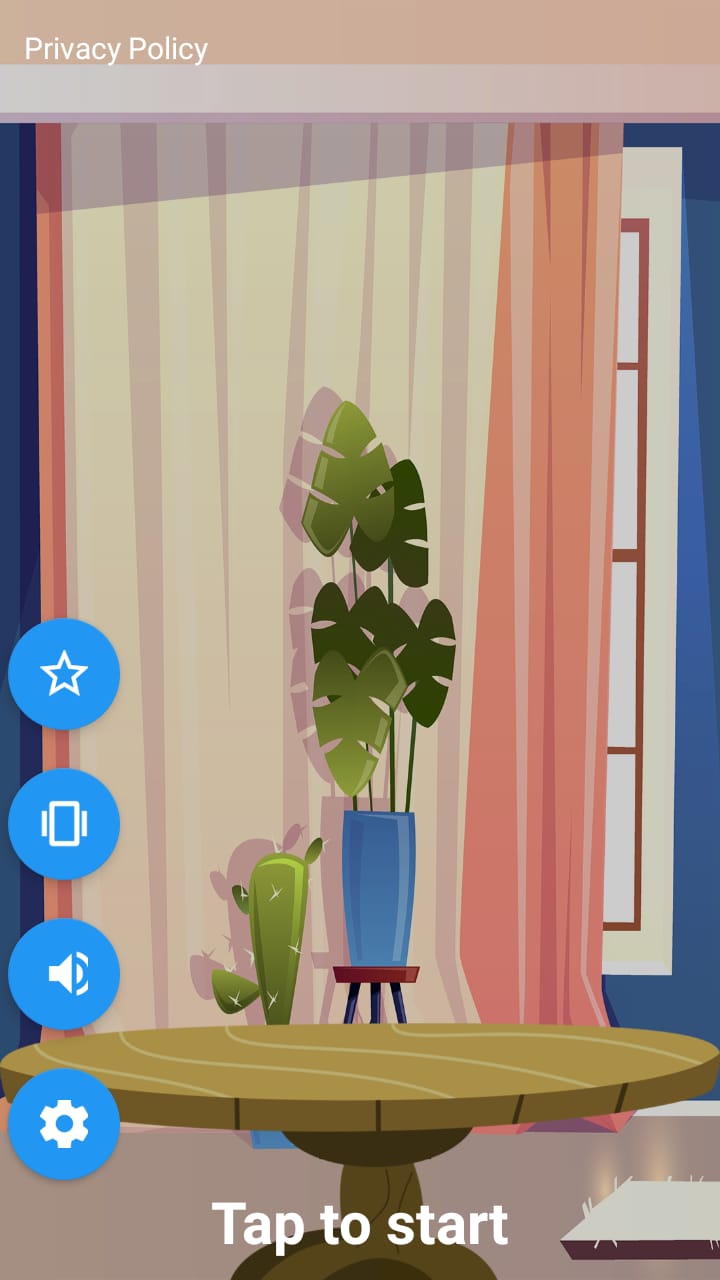 For starters, your icons seem to big for your FABs to fit inside of the inner layout, so maybe make them smaller? And maybe don’t make them all visible at once as it’s a poor design choice, once what I did was have a normal FAB with a vert_menu or something like that icon and then when clicked, shows little FABs above it, vice-versa.

It is like that when you click on the setting or gear button it will make visible to all other sub menu buttons and when u click again it will make them invisible. and i will try to use small icons but when i was using that i did’t see any difference between small and medium icons, but i will make them small. Thanks for your sujetion i mean suggestion