Why cant i open companion app?

hello i downloaded companion app 1.3.1 and i cant open it in my phone

What happens when you try to open it. What phone do you have?

i think other version worked before…

But if you build your apk and installs that it works?

A couple of weeks ago there was a problem with users having android 4.4.2 with the Thunkable companion that crashed.
Maybe your problem is related.

Do you get an error message on your screen?

I guess this is something for the developers to look into.

I think I may know what the problem is. We will take a look at it and try to fix it

I’m having the same problem on my android 4.1.2

Sorry for the trouble.

This should be fixed in our upcoming update. Once it’s released please let us know if the issue is resolved.

my android is not able to open the new version 2.0.0 of the companion, model of my cell phone: Samsung Galaxy Win Duos - android 4.1.2 - JellyBean

We know about the Android 4 and companion problem. I am going to check the log and see what goes wrong. We hope to have it fixed today or tomorrow

Okay, I’m looking forward to being able to use makeroid on my cell phone.

We may have located the issue

Tomorrow we will make tests to see if it was resolved 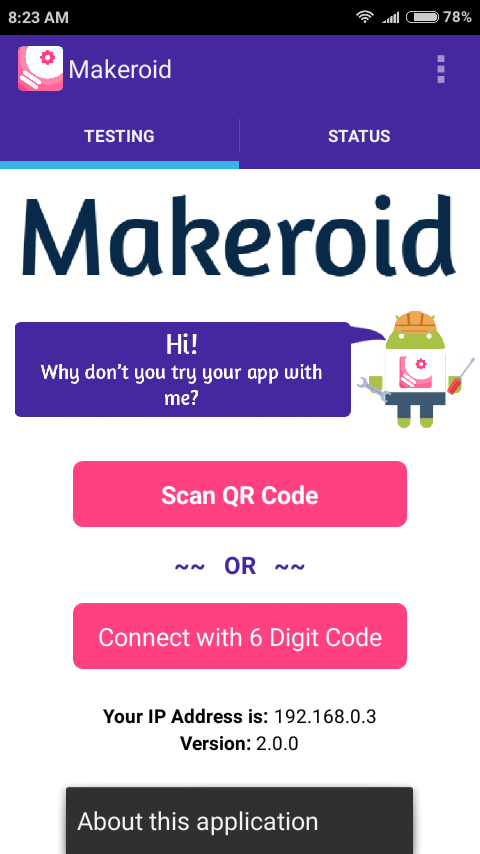