Hello Kodular Community!
Today I wanted to share my next game that is coming at the end of summer 2019.

My game is called “Wolfer”.
It’s an online werewolf game that can be played up to 10 players in the same game. It’s developped with Kodular and no .aia file for peapole who are asking.

Translation
If you want to help with translation join the discord here: http://wolfer.ml/discord (go to english section / french section)

Statistics
Developped in 4 months (and not finished yet)
10 servers hosted in TinyWebDB (allsheberg) & (tinyweb.pro)
1 extension used (for translation)
NO ADS !

Screenshots
Here is an imgur album with screenshots (in-game) 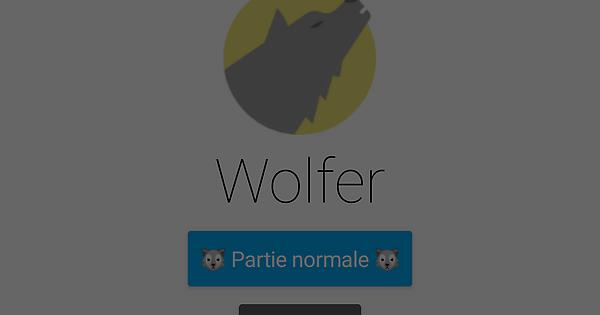 How does the matchmaking work in your game? Is there a user that creates a room and other users join him by putting the room code in the correct text field or do you just press a button and you are automatically put inside a room?

Where is the game? Or just only screenshots?

Just only screenshots for today

my next game that is coming at the end of summer 2019.

Can you direct post images in topic instead of putting external image URLs like Imgur? It would be easier to see screenshots without clicking it. Also the second reason; Imgur is blocked in my country by government.

Okay no problem, here you go:

As I said, most of images are in french beacause it’s my language and the app is not fully translated.

Also, there is a picture of new main menu (still in dev)

Why? To make in-game challenges?

Why have you choosed AI instead of AS?

I don’t think so

The spam is NOT allowed on Kodular Community