Banner ad with too many requests (Admob)

I will try to be as concise as possible: 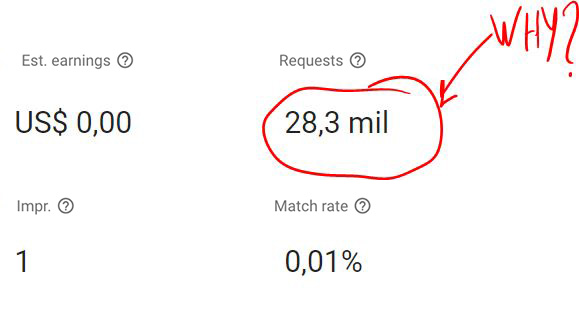 This is my first app using Kodular. Here is my ad blocks: 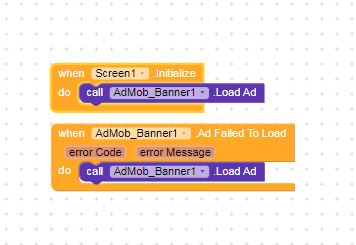 I have many other apps (not made with Kodular) and they ad requests are way less than this one.

Could you guys share some thoughts about why is it happening and whether is it harmful to my admob account?

(Even though it isn’t harmful, it will “mislead” my general match rate, I suppose)

Doesn’t this tell you what’s wrong, watch out your AD acount will be suspended 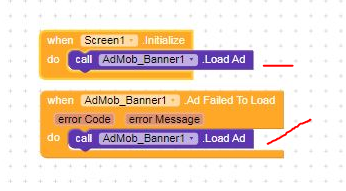 Adding to what @Boban said, your blocks are causing an infinite loop.

Doesn’t this tell you what’s wrong, watch out your AD acount will be suspended

Oh, really?
So, should I call the ad only when Screen1.Initialize instead?

Boban, I will disable the ads while I’m trying to fix this issue. Thanks.

Vishwas, could you elaborate a little more on what you said?
How can these two blocks create a loop? Aren’t these blocks called in two completely different situations?

You load the ad when the screen opens, which is perfectly fine.

Now, assume your ad fails to load (can be due to several factors, “lack of ad inventory” being a common one).
You retry loading the ad, but it fails again (due to the same reason the previous load failed).

I suggest you send Google an email explaining what happened so that they don’t suspend your account.

And I will send them a message immediately!

Actually. My blocks also in same way but my account is working perfect and my earning also good

I suggest you change your blocks as soon as possible.

The blocks you’re using work fine as long as AdMob ads load normally. In case some day you have a no-fill error, you’ll see your ad requests explode to millions (as what happened to @RonSan)