Error in a button

Could you tell me what this error is? 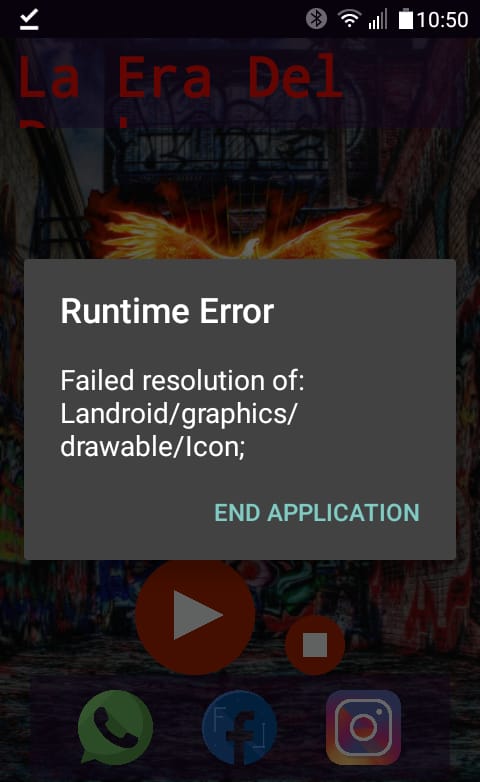 Hi @nq_tv,
Can you tell us which extensions , component you are using And when this error happens.and which api version you are testing on

As far as i know android.graphichs.drawable.icon has been added in api 23 ( android 6.0 )

it is a play button of exo player. it happens when they click to start. (happened in a particular tel) api is 19

So you are testing on mobile with api 19.
The android.graphichs.drawable.icon has been added in api 23 in older api versions it doesn’t work.it looks like one of your components/extenstions are using it.

excuse the question … the error is solvable if i change from api to api 23? or is it a matter of the phone where it was installed?

The class has been added in api 23 so it won’t work except for phones with api 23 and higher.So if you changed the api to 23 it will work.But your app won’t work for api versions lower then 23.(Android 6.0)

BTW @nq_tv , can you tell what extensions are u using?I think you are making a music notification ( as you are using exo player ) using notification style extension.
I think this extension caused this issue because looking at its source code.It uses class which is only available starting from api 23

if I use the style notification. That is activated when you hit play … it could be disabled if it is detected that the api is compatible?