I’m experimenting with animations and I tried to just set 8 frames - one each 5millie I don’t know if this is ok or will it make phones lag? 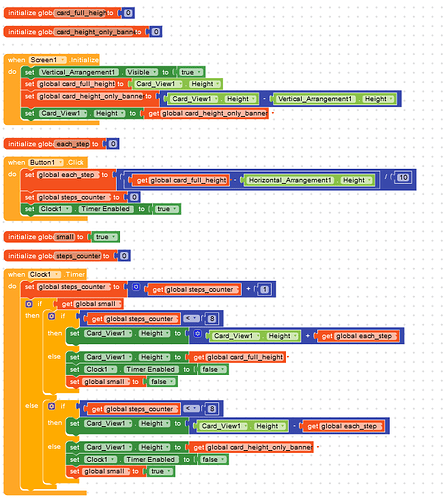 It all depends on how fast the phone is. The more modern and powerful it is, it is the more likely you can show images faster.

However, 1 frame every 5ms = 200 frames per second which is a lot to ask especially if other things are happening.

For animations you rarely need any more than 60 frames per second which is about 1 frame every 16ms. Even then that’s a lot.

You might want to consider a speed of 33ms which is about 30 frames per second. It’s manageable by older phones and still looks good.

I get that but the thing is animations and UI design are my no.1 priority and my phone is 120hz so if I’m making animations they have to look great that’s all

Check your clock timer conditions. Actually what is your logic?

what do you mean?

Oh hooo. I was mistake. Instead to post another topic it adds here( draft items added here due to weak network)… no issue. Carry on koder

Everthink if you do by clock it Will make lag

but for now I’m keeping it