Are you saying that this “feature” will be gone later

No, I mean more ways to decrease app size can be added later. Because there is a thing called Android App Bundle to make app size smaller.

We just keep beating our records!

Thanks everyone who uses Kodular and creates those awesome apps which are used by millions of users every month!

Kodular is growing…
Such a huge number so do you have any plans, like some sort of competition or something else

CONGRATS @Kodular you deserve this.It’s the result of hard work and efforts of Team Kodular.

i want your daily incomme from the ads.

And yesterday we were nearly reached 950k daily active users

We will soon reach the million daily active users!!! 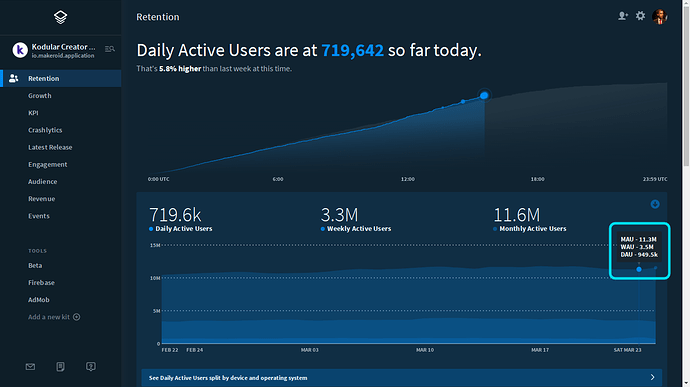 you Guys have done a great job and you even deserve more than this. i am sure in good time, you will cross a billion users . keep pushing and stay focus with your goals. power up Kodular and let the name reach every corner of the world as the best customized creator of Apps. CONGRATULATIONS AND WELLDONE

Big thanks to @Peter for the animated GIF image! 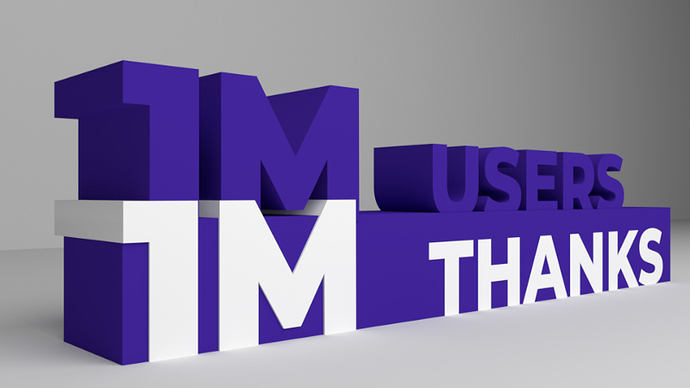 Here we are! We finally reached it!
Every day more than 1,000,000 people use an app made with Kodular! 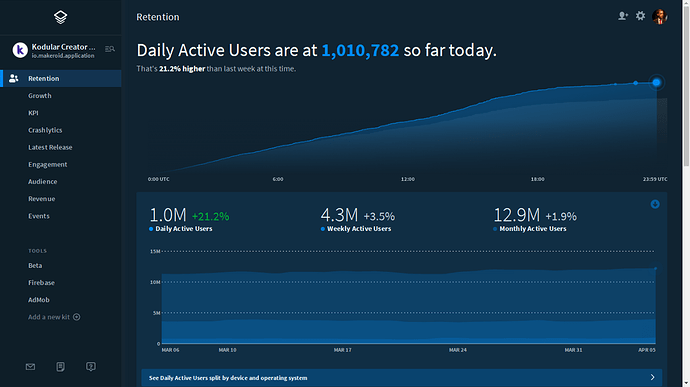 Why don’t you put the GIF here?