How to create and delete dynamic card view via unique value

I have searched of this particular topic but didn’t found any answer that can solve this requirement.

I want to create dynamic card view with unique id whenever user click on Button1 that is working fine but the main problem is that i can not delete it properly. only lastly created card view is being deleted. 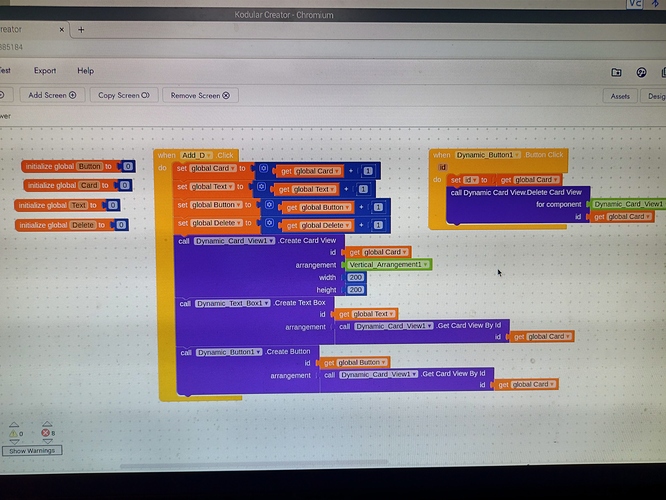 Try setting the id in the button click event to the id variable and not to the card variable.

when you are creating a new component, keep adding ids into a list and then you will have better control on which id to delete.
If you want to delete all, just run a for each loop for on the list. 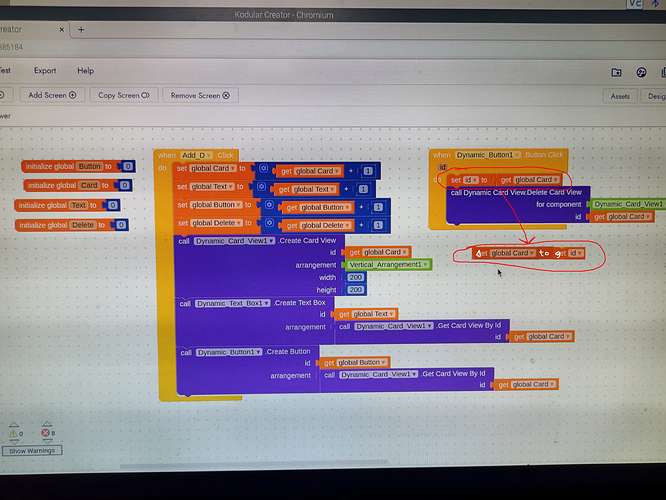 That exactly what i said.Any way you are setting the card var which he needs in another place in his program.That may be damage something i his program.

Sorry, i don’t see myself placing card var to a different place on the program. Where am i doing it? I just switched get to set and set to get.

I have done that changes and it is working but not exactly. when i click on first dynamic button then also lastly created card view is being deleted.

He is placing it while creating cards and not you

Also remove the set id to card.It will case problems in your code.

Here are the blocks 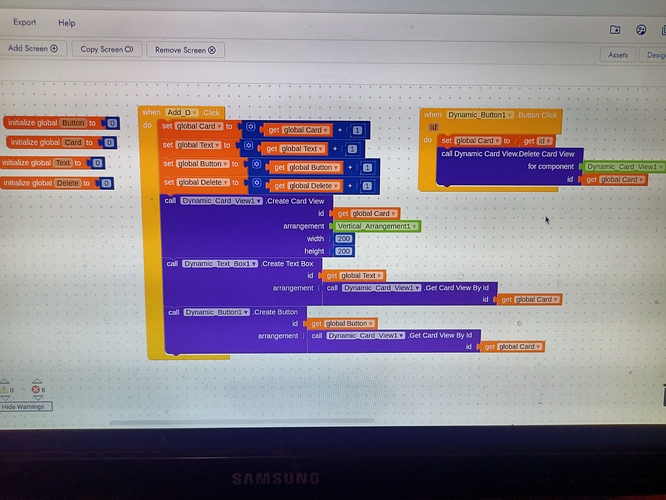 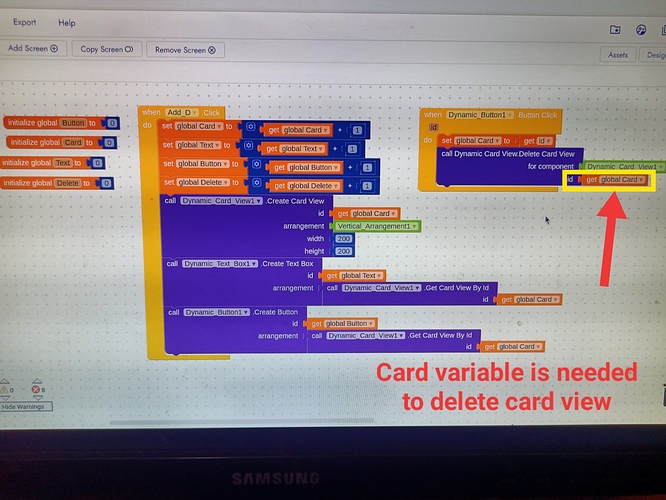 Ok but you can use the id var directly. Actually setting card to id is useless.

Thank you so much for prompt response but i am not getting your point as i am beginner. Can you please elobrate your explanation on this? I will be thankful of you.

Oh okay got you. Thanks for detailed explanation.

This is what i am trying to build. I think this could help you to understand more about my topic.

First one you can try with dynamic compnents ( i recommend dynamic components extension which can create dynamic any component or extension! with the same method that you started with.You can create the second one with a custom dialog and image and text list view.

I haven’t idea about dynamic component extension. I will try it and let you know. Thanks a lot for helping me out.