Imported screen is not openning 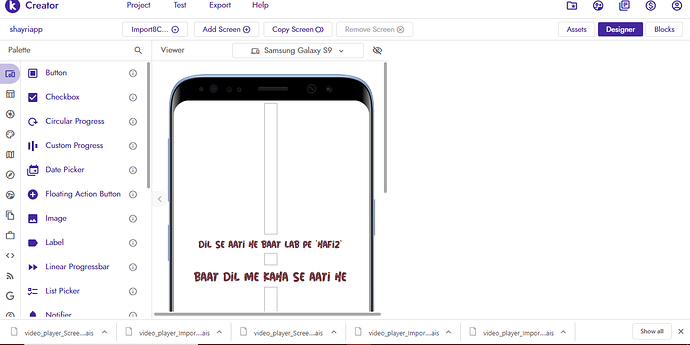 Hello,
Do you have the screenshot of the errors ? It can give us an idea of what went wrong.

I think that screen made on onother platform or extention is unavailable in your project.

extensions are used in that screen are missing in this project.

pm me your aia, i will remove that screen from your project, and maybe i can fix that for you with that screen,

when you import aia in your account, it automatically assign with your keystore.

ok than but i have to create a new screen again

and for me that project is working, without any error,

ok thats the problem, let me check that and export that screen for you.

why? are your assets was so big?

because it contains many images and font