The Notifier (.ShowChooseDialog) only works after the first initialization (Screen1.Initialize). If I switch to Screen2 and then back to Screen1, the Notifier no longer works. (You must reload Screen1) 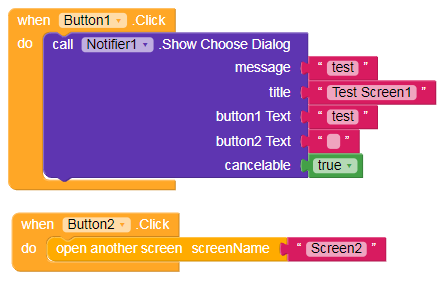 Tested on Android 9 and 5. Doesn’t happen with AI2.

Yes,i also face this bug.that bug has been from long since

It’s not a bug

the Notifier no longer works

I agree, it is a bug…
as workaround @Mika once recommended to use this method to switch screens…

It’s not a bug

to what extent no bug?

In Kodular it is not classified as a bug, they made it work like this

Notifier is not displayed after the screen change Bugs

Solution for all people that get the same issue Please open and close screens correct @ all https://puravidaapps.com/tribblehunter.php

In some apps, for some reason, we can’t close all screens

Yes, and I need it in every one of my apps.
Why doesn’t it work with Kodular in particular? With all other AI distributions there are no problems.
Reloading the screens can be time-consuming and annoying on older devices.

Btw, there are no problems with .ShowAlert (instead of .ShowChooseDialog).

in starting i also face that and tried to hard to get rid of it until i have seen how to switch screen correctly, after closing other screen, this will not work, so close you screen before opening other screen.

A post was merged into an existing topic: Problemas com blocos 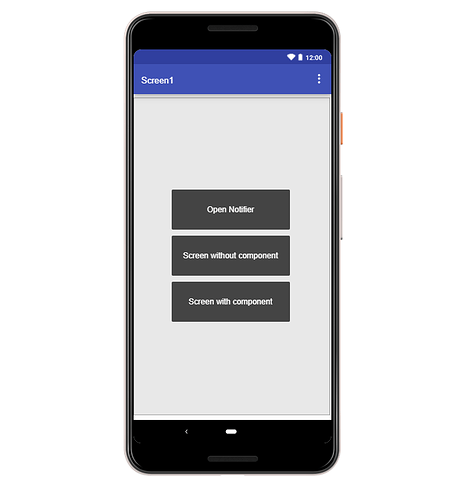 I have this same problem too. And I just needed to close the screen open and keep the main one without reloading. But it seems that this only happens when there is the “Notifier” component on the new open screen. If not, it works normally.

Are you using the notifier component on the second screen?

Well, in my project I had to adapt the other page to not need the notifier and I removed it. That was the only way I found, other than that I don’t know how to make it work.

Maybe I catched (finally) today the bug.
It was a static variable to the activity.

Hopefully this bug will be gone in next release