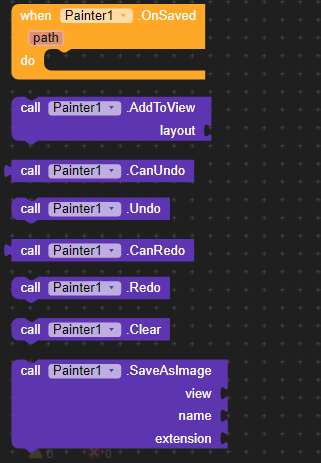 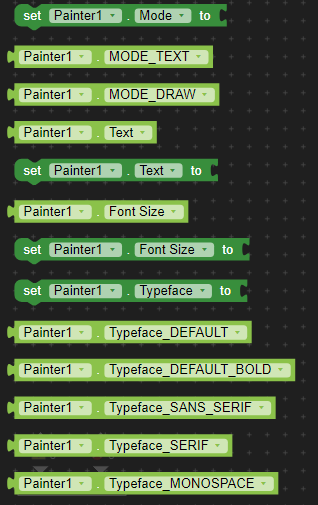 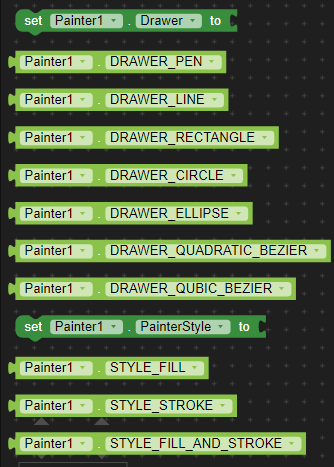 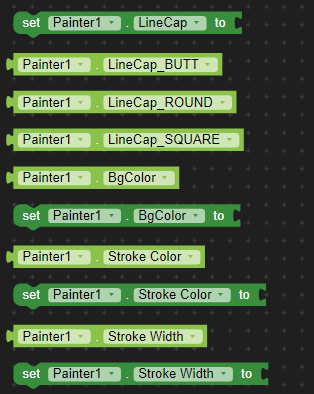 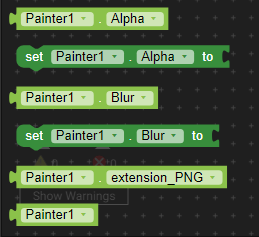 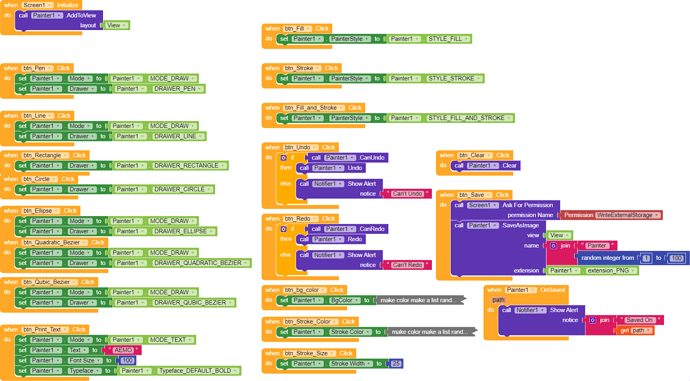 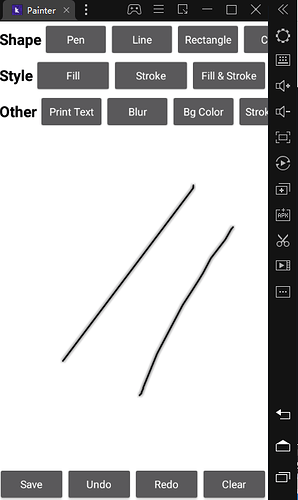 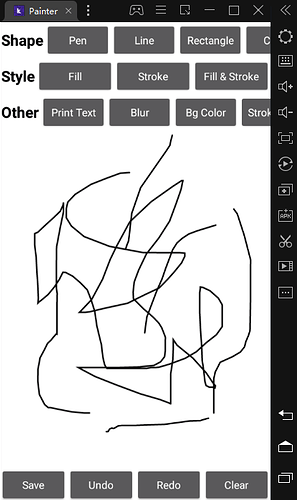 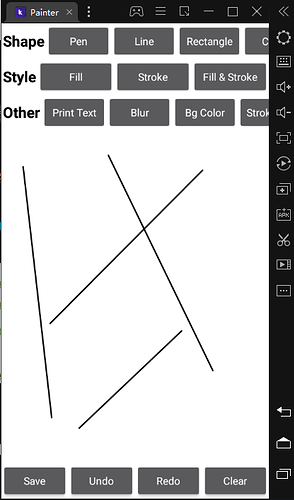 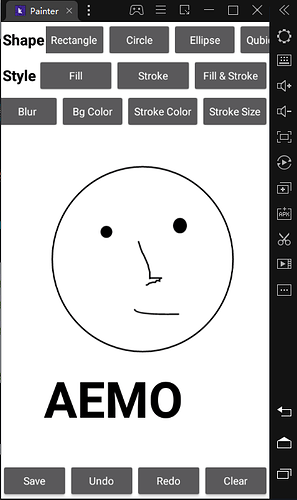 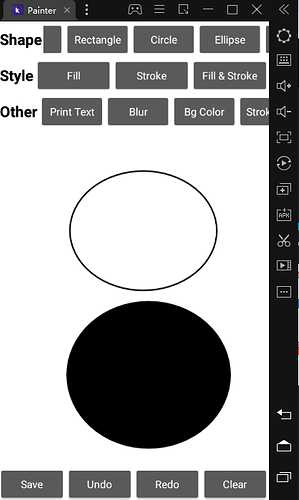 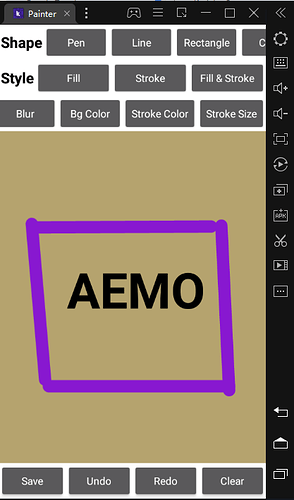 Like Undo , Redo , Clear and Save you draw …etc

thank you for your contribution…

your extension is a nice example to use the new helper blocks, see the documentation here Adding Helper Blocks to a Component - Google Docs
the helper blocks are available since a while in App Inventor and also now in Kodular…

Helper blocks are blocks that get connected to inputs on blocks associated with a component.

Examples in your case are the Typeface blocks like DEFAULT, DEFAULT_BOLD, SANS_SERIF, SERIF… or LineCap blocks or the Style blocks…

From the documentation of the helper blocks

It is good to add helper blocks to components because they make your app easier for beginners to use, and faster for advanced users to use. Helper blocks let a beginner immediately know what values an input can accept, without having to look at documentation. And they allow advanced users to input a value quickly, without having to drag an additional block from the drawer.

Note: Helper blocks do not restrict the user from attaching other blocks from the input. They just act as a default block.

Taifun
PS: I now added a link to the documentation of the helper blocks also in the naming conventions thread.

ohhh thank you , i will try it 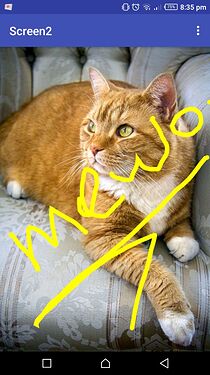