According to the Kodular docs for the QR Code generator, a QR generator tool should exist in the ‘Media’ side panel which unfortunately, is missing from my dashboard and I was wondering whether this tool has been deprecated and whether a substitute tool or method via another tool exists. BTW in my project an unsupported external extension exists.

The long story in case you need some background.
I created that app with AppyBuilder but I parked for quite a while. Amongst other things, this app is/was creating QR code from text. In my effort to migrate to Kodular, several errors where reported which I’m trying to solve and one of these is for the QR Code generator which is not supported but nevertheless it is recognised by Kodular… 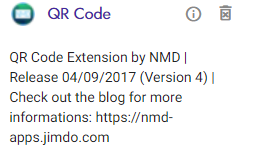 So has the QR Code generator been deprecated or substituted by another tool or process/method?

Thank you Sumit1334
I thought that this would be the issue so I’m trying to do as you suggested but unfortunately, even though the project opened once when I imported the .aia, I changed a few bugs found and one of these was the QR code generator and I saved the project which prompted me with…

QR Code extension and QR Code component were written by same person and share a same package name so you can use either one of them at a moment.
Also you should not use that extension because that has been already added in Kodular, as a component.

@Publius Here See this QR Code is there in Media Section 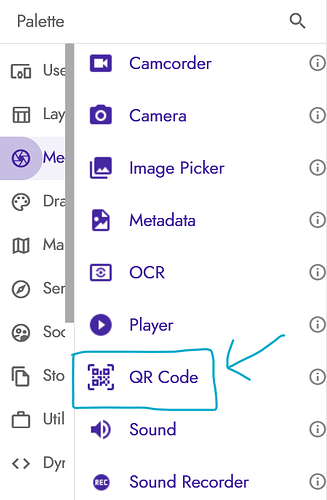 Thank you all for your response.

I removed the extension QRcode version 4 which as we all suspected was creating the issue and I confirm that this resolves that error report issue about the extension. Creating a new project which doesn’t include that extension, makes the Kodular QR Code (v.1) to work.

Nevertheless, my project with or without the QR code extension does not open as it gets stuck in…

It is rather odd however because I was able to find a previous version of the app which had only minor changes both including the QR code both including more than 5200 blocks. The changes are only cosmetic. The old version can be opened the newer version cannot.

I guess this is another issue.

Unless, the QR code incident is considered that more scrutiny is required, then dear moderators, feel free to close this as resolved.

Once again thank you all for your insights.