Hello, a great greeting to all and I take this opportunity to congratulate Kodular for his great work.

I want to pass all my projects to Kodular but I still run into problems of some extensions like:

when will we have everything finished and make it all compatible?
to be able to migrate all our projects.

Not sure but maybe @Hossein can implement it into our sources.

Hi, Will check into this

There are other components that are not yet compatible, like InAppBilling.

Even by removing components when importing the .aia project, kodular detects errors, removes blocks, and is impossible to edit.

I am also waiting for an update in kodular that will allow me to work my appybuilder projects without problems and without having to remove incompatible blocks.

okay, we will wait for update. @Hossein

@BukanoR you have a reason, but for our case its a great work, same make app as new.
better if we have all updates projects without problems.

Please infor us when you make the changues., keep in touch

I have also a lot of problems.

I have tried to migrate some projects from appybuilder to kodular and in principle as I said at the beginning of this post I have had problem with KitchenSkin and Ftp Manager.

The problem of kitchenskin is not so big, you delete it from appybuilder and when you migrate to kodular it is just to say keep the screen on.

Also the problem of FTP manager, I have deleted the component and blocks of appy builder and put everything back into kodular with its FPT component.

But the problem that I see that in migration many blocks have been lost, I have a screen with more than 8000 blocks and I would like to know the reason for having lost these blocks (see attached photos)

I ask, is there any way to see the lost blocks? without reviewing everything manually.

Why the loss of these blocks?

I am worried that I will not be able to migrate everything in perfect condition and have problems after so long waiting, right now comes the new update of API 29, we run out of support in appybuilder and all this starts to be a problem after the waiting time.

Can you help us, I’m very grateful

@Hossein How far are you in translating appybuilder source(s) blocks to Kodular blocks?
I got a serious complaint about one of my apps in the Play Store but I cannot solve it, as long as I do not have Kodular access.

Lots of code has already been migrated to Kodular. You’ll still may need some update before import

I deleted 2 extensions before I could import my Appybuilder source in Kodular. But my screen full of blocks disappeared and what is left are 4 unusable blocks. @Hossein “You’ll still may need some update before import” , how?

When will the next update be?

I have not worked since December, I refuse to continue using AB offline, I do not want to generate more code that later I have to delete in kodular.

Lots of code has already been migrated to Kodular. You’ll still may need some update before import

Please do this update as soon as possible, many users are not updating our app for a long time waiting for the end of March, this has arrived and I think the time has come to migrate from AB to Kodular. Come on let’s migrate our app

Watch your language. Consider this an official warning.

User suspended for a week for bad behaviour.

Hello:
I have seen the im_pala posts and I see that he is right, he may be very angry because after 6 months waiting to be able to migrate as promised we had been promised now we see that we can not migrate because many block are lost, some extensions are not compatible and I pray that you read your post in which we were promised everything and it is not being fulfilled. 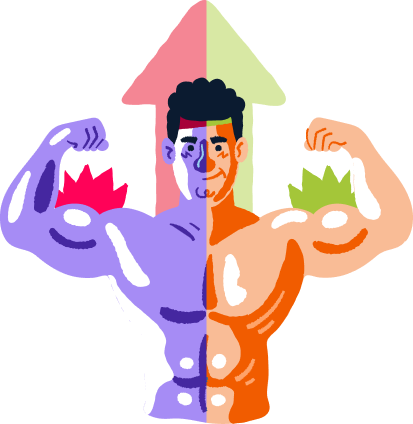 September 15th is finally here, and we’re ready to announce to you the AppyBuilder merge roadmap! 🙂

Final Migration (31st March 2020)
Past this date, no more features from AppyBuilder will be added into Kodular.

We are many users in this situation, please give you a solution as soon as possible, we have been waiting a long time.

I also think it’s very simple, just by saying: We’re NOT going to do more with the migration from appy builder to kodular.

So users are going to be clear and be able to decide whether or not to migrate or what we have to do.

or if you have to make changes again, please say the new update dates and respond to your users, which I think is important.

But after the long wait now this situation, it’s not good and it’s not serious.

I hope to be heard, thank you, have a good afternoon

Plase dont speak with me as you were my mother.
What was wrong that I wrote?
I can not migrate my old blocks on that I worked long and hard.
I am waiting more then 6 months that the promised updating comes.

Peter, I saw im_pala post and you supended there account, what wrong?
he’s just claiming a fair thing and I don’t see bad education to be suspended, (at least that’s what I think) I think users have the right to be able to make complaints about something that has been promised, more than 6 menes have passed and it’s not being cimpled, or not?

I think i don’t need to justify myself to you, but i will do it this time. We have standards on the community that i try to uphold. The language im_pala used is not acceptable. I warned him to watch his language and he didn’t listen.

I understand that he may be disappointed but that still doesn’t mean he can do what he did.

After so long waiting I lost my hope.