What can this be?

Upon further inspection of the image, the alt name shows as 3_jan_rel_1_…

There is also clearly 1 purple arrow and 2 grey and white arrows. This must stand for the 3 as I said, but it still doesn’t give a clear message

I believe it’s January 3rd 2020 or some other day within January. If the update was to come on March I think December is way to early to announce it, especially if it contains only 3 upgrades. Unless they’re major upgrades

But then how would January 3rd be January 1st? January 1st would be better to release an update if it contains compatibility options for AppyBuilder apps migrating over.

The upgrade will come on January 3rd, 2020 at time 16:00 CET with 3 major upgrades. Kodular version will be upgraded.
I think major upgrades will be;

It doesn’t have to be January 1st. It’s new year’s day so it makes sense if they moved the release date 2 days later so they can celebrate without worrying about the platform.

In my opinion in the next update, any component could be dynamic,
here’s proof: Want dynamic Horizontal and Vertical arrangement extension....

I think Next Update:
Fish, Fox or Flamingo

It seems like everyone has something clear: something will happen some day at 16:00

No Diego, you put us in this position

Ok so let’s just agree (for now) assuming the worst, January 3rd is the date, BUT if I am right… I told you all so.

It would only be good updates without a dynamic horizontal component

Creating premium dynamic menus without them is impossible

Others:
Lottie files without error in companion
Youtube player with quality and playback speed

I dont consider those major.

I dont consider those major. 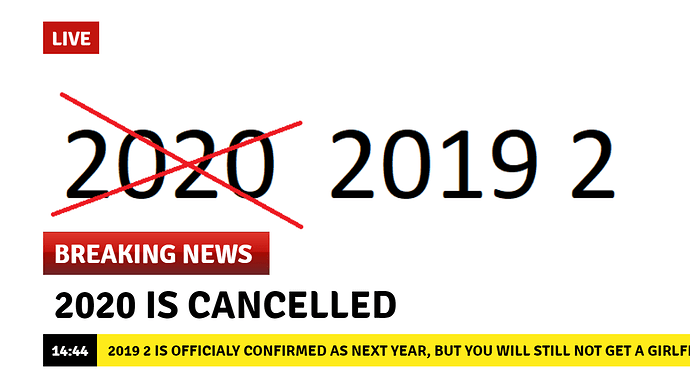 According to that, 1 year and 50 minutes are left for release