Camera Function Error 2103 - But file seems to save

Hi All .
When i try to take a photo with a camera. On both companion and APK build.
I know there was a problem in the previous version but Kodular Eagle 🦅
says the problems are fixed and im still having it.
When taking a photo it does display it in the image block And the file does save but i get this error
So it looks like it displays the error but the file does save.

Photo to be saved

The blocks shown do not correspond to the error message.
So show the blocks that can be seen above: 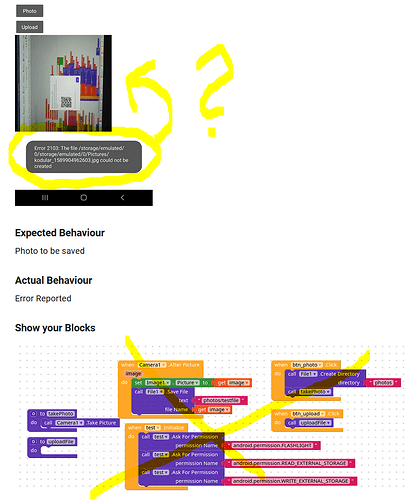 The above is just a picture i took.
Its the same blocks. That was jsut a previous photo

8 posts were split to a new topic: Error 2103 after taking a picture