Post the text or a screenshot of input, encoded form, and decoded form of all four of the given sample input, in this topic. Use “Do It” for screenshots or paste as text inside a fenced code block (use the following as a template).

The most creative encoding creator will be the winner. This will be judged by the number of likes the post gets.

The winner will be known as “Krypto Master” thereafter.

This challenge was inspired by an ongoing Code Jam on PwnSquad discord server.

Hello, I have tried it in this way hope you like it. 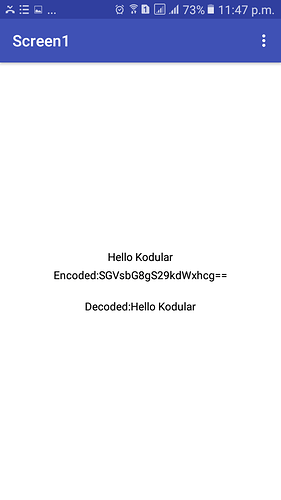 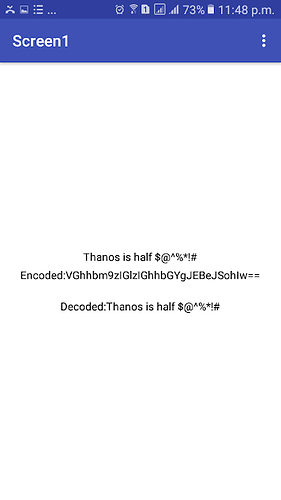 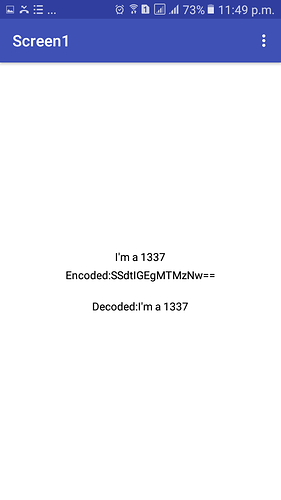 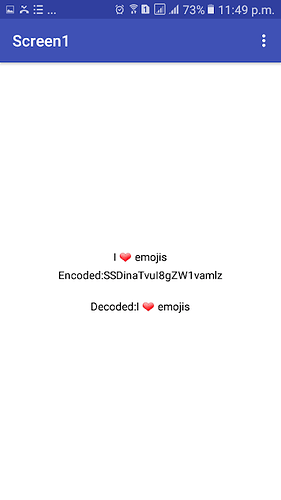 Here is my result 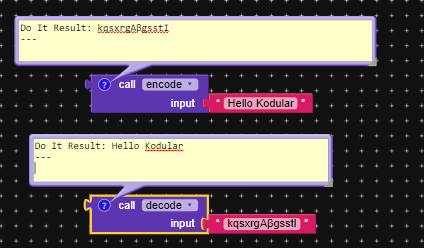 Thanos is half [email protected]^%*!# 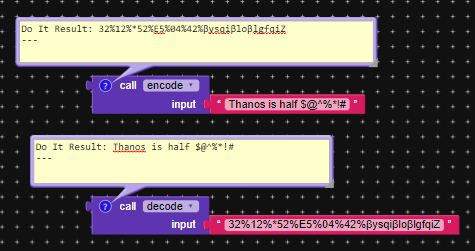 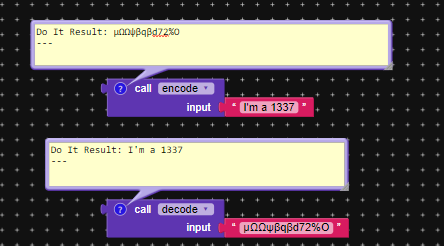 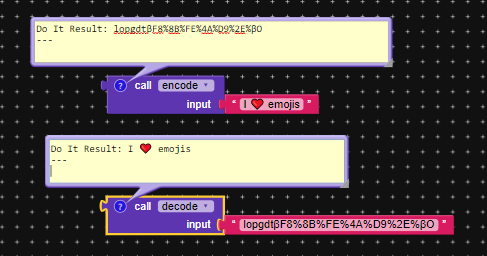 Looks like you are using Crytography component’s Base64 encoding. I think this is not allowed.

Yes, the encoding must be of your own, though it can resemble existing ones.

. How many hours did it take for you make that?

Wait is Web component allowed to use as far I see from your blocks? Because I’m trying to create too but I still didn’t used any component yet.

Yeah I thought the same, so I’m trying to use different method instead of having characters list.

is Web component allowed to use

Do not use any components for encoding nor any extensions.

Do not use any components

Then I think I failed this test

I failed this test

But I Think It Is Possible By Log Blocks Of

How can these blocks encode a special character or a emoji ? Can you show us example ?

Can you show us example

what about using a solution based on @Italo’s ASCII conversion procedures?
the project is available in the App Inventor Gallery here http://ai2.appinventor.mit.edu/?galleryId=6407304567324672#

I’m not participating in the challenge, but I wanted to show that it is possible to make this without any component. Even more, I made a simple coding and decoding system that generates a different code for the same string every time is called, and of course is totally reversible. The only drawback is that it doesn’t encode emojis.
This coding is not unbreakable but without seeing the encoding process it will be hard to find out.
(Thanks to @Taifun for his LEADING ZEROES procedure) 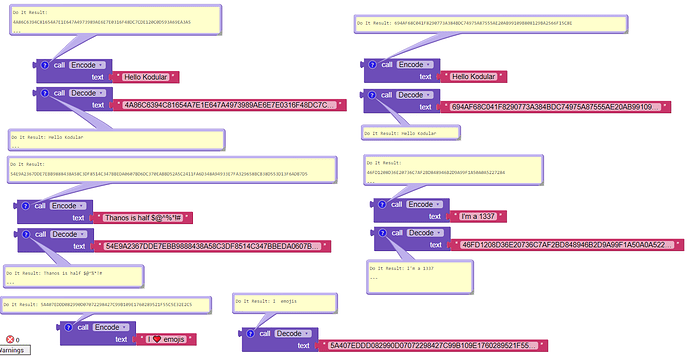 These are the procedures for this encoding. Like I said, no emojis. It could be implemented, but I will leave that for you guys, if you want to.

Thanks @Taifun @Italo for sharing this great info.

While writing the post for this challenge, I tried to cover most types of text used generally in the test cases. It seems we need to support “text to char code” and “char code to text” block which supports conversion of text to ascii/unicode char code and vice versa.