When the Number picker is initialized and if we press ‘Ok’ without making any selection, then the default selection is ‘0’
May be a possible bug?

Just press ‘ok’ without scrolling through any other options 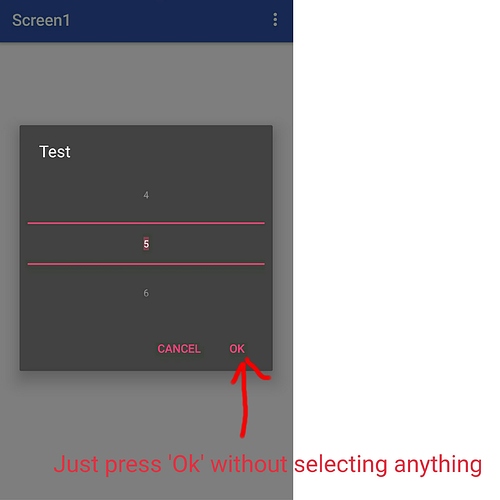 The actual number (current number) should get selected

Instead it displays ‘0’ as the selection. 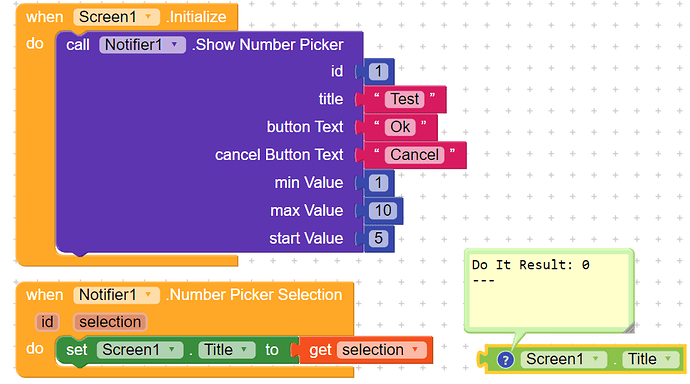 Thanks for catching this bug.

@Mika
Glad to hear from you. Can I expect it’s solution in next possible release?

Yes should be fixed

@Mika you are superHero

@David
Did you marked it as a solution? If yes, then please don’t, before being confirmed of the actual answer

Its written clearly he said should be fixed, not it has been fixed.

Yes should be fixed

Did you marked it as a solution? If yes, then please don’t, before being confirmed of the actual answe

Its written clearly he said should be fixed, not it has been fixed.

I found the reply a little confusing, and so was the question!

It is fixed for next release

Thanks for the clarification!

Was this bug solved in the latest update i.e

If yes then please check again, as it seems that it is not solved. Let me know if I am missing something.

The wrong selection bug should be solved in latest release.
Please create a new and prepare a simple example file with the bug

Sorry @Mika for the late reply.

I just noticed that the bug occurs in the companion while live testing, but in finished apk there is no bug. Let me know if you still want example project. Thank you

Have you updated the companion?
It should work there too

Yes the companion is running on the version: 1.3B Draco.

Edit: I cleared up the cache and it somehow started working. Now no bugs in companion or in final apk!