Good morning all. This topic has been raise in past forum discussions but I cannot see to find a solution. Is there a way to edit the manifest or have access to the source files?(even if at a charge.) I have tried a few decompiling apps but it seems the manifest was corrupted each of the 3 Times from 3 different decompilers. Samsung required a permission to be entered in order to list onto their platform. Or might there be a way to add a block within the actual app before compiling apk that would write to the manifest? Also following MIT progress on iOS version. Any progress or links for this as it relates to Kodular?
Btw, Kodular is an excellent tool! Thanks all

When AI is ready with their IOS version, Kodular is able to use it if they choose so. But… every component that’s not standard AI will have to be translated from Java to Swift. AI only has Swift code for the components they have, but Kodular have a lot more components. The work the developers would have to do is tremendous. AI has made the choice to use the existing builder and blocks. Thunkable X made the choice to make different blocks. So transfering from Thunkabel Classic to Thunkable X is…

Understood and thank you.

Are you opening the correct file as I never had this kind of issues, @bodymindpower may probably assist you on this

When I attempt to recompile in android studios, debugging points to the “corrupted” manifest. App has been working and currently being downloaded at google play store

Hello and thanks for the reply. There is only 1 apk file to convert that then expands I to several files. The android.manifest (contains permissions), shows ascii charactors as well as some text. There is a second manifest, but contextually it appears those listings are for the android activities (that manifest shows ok), not the actual permissions manifest, located in the folder labeled as original. I tried opening in notepad ++, as well as android studios 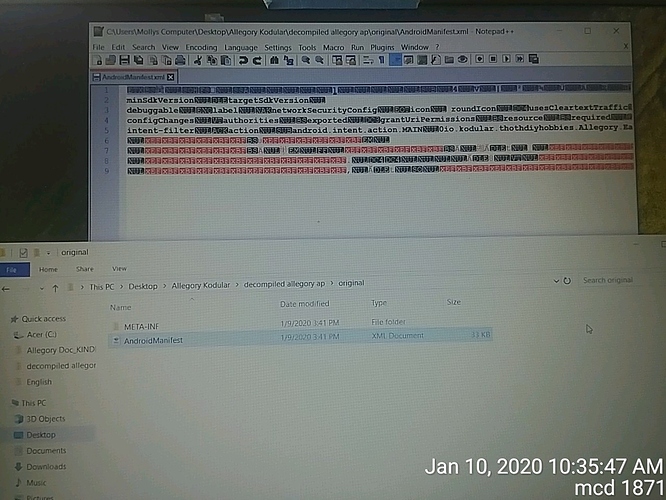 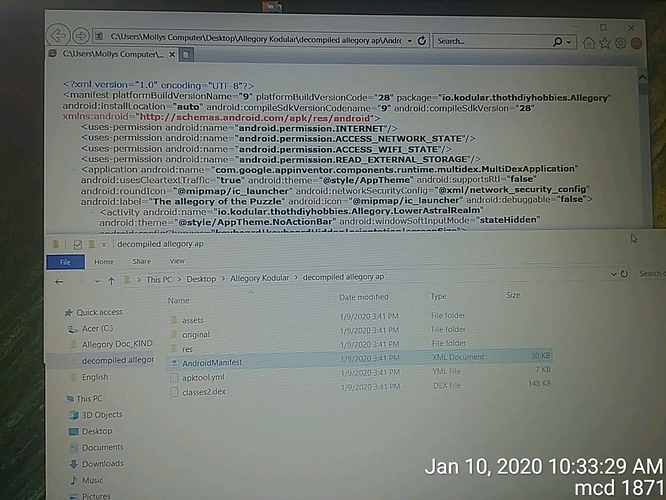 Both are the same, one is the original and not compiled for human readable form

and here is your permissions, there under you can add more

Btw, try to provide us with better screenshots next time

Thanks for the clarification. Project is on laptop and I used my cell for pic upload. Why would it be that I receive an error pointing to that unreadable version of thr manifest when I recompile to apk through android studio? Should I instead use a different compiler after I make change to manifest?

Have never used it so I can’t answer how it does things, what error do you get?

How to open the camera in the webviewer? Discuss

On thanks again. I will try to recompile with apk studio versus android studios.